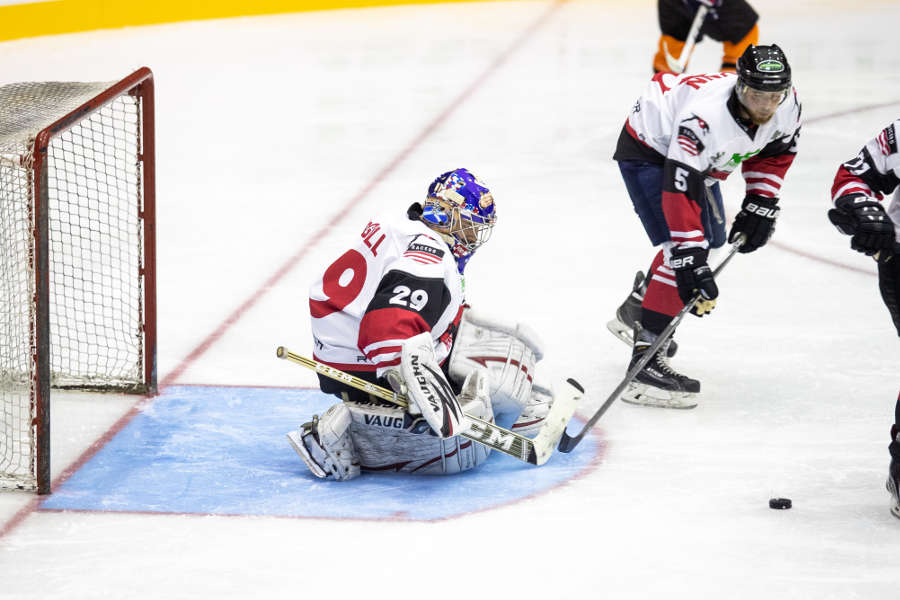 Murrayfield Racers let slip a 2-1 first-period lead to be held 2-2 at Kirkcaldy Kestrels in a Scottish National League clash.

The visitors blanked the second period but lost the third 1-0 but they outshot Kestrels 41-31 and retained their unbeaten record in the competition.

Elsewhere, Glasgow Clan coach Peter Russell must lift his men for Wednesday’s Challenge Cup, quarter-final, first-leg against play-off and Elite League champions Cardiff Devils after the Braehead side where burned 3-0 by Guildford Flames at Braehead on Saturday.

And goals by Johan Andersson, Brian Hart and Jordon Cownie snapped a five-game losing streak for lowly Dundee Stars in a 3-0 success over arch rivals Fife Flyers which moved the Tayside team off the bottom of the table.

Stars’ coach Omar Pacha had called for a big performance from his misfiring side and they outshot high-flying Fife 26-14.

The Kirkcaldy club have hit the skids with four straight defeats and have slipped to fourth spot in the 11-strong table.