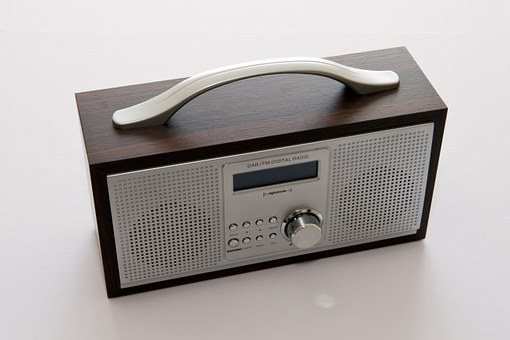 Regulations defining the ‘local’ in local radio are being significantly relaxed around the UK, but the planned merger of East and West Scotland into one giant ‘approved area’ has been put on hold.

The Scottish Government was against the merger of east and west Scotland, which would have accelerated the concentration of media in Glasgow.

They were worried about the loss of both local news and job
opportunities in Edinburgh, the Borders and the southwest. Sensitivities around cuts in STV news had primed the pump of opposition to any further relaxation of the definition of ‘localness’ in radio.

OFCOM have not made clear what ‘re-consultation’ means or how long it might take.

Big commercial radio companies want the rules relaxed so that they can compete with internet based audio services, which are beyond UK regulation and can broadcast whatever music or news they want.
Centralised radio production in Glasgow is continuing apace, with the
big radio companies, such as Bauer, preserving a vestige of localness by keeping legacy brand names such as Forth, which has premises in Forth Street, in Edinburgh.

It will now be possible for the holders of local radio licences to offer
as little as 3 hours a day of programmes presented from the city
where the transmitter is. The 3 hours does not have to be the
breakfast show, and could therefore be done by a low salaried
newcomer to the industry who will move on to the big production
centre as soon as she or he can.

My point of view

As a retired radio journalist from the ‘golden age’ of Independent Local Radio I want to make clear that I am not wallowing in nostalgia.

Radio is a technologically driven industry and has always struggled to have regulations which match what can be done with the equipment.

Disruption is nothing new. The pirate radio ships of the 1960s proved the regulators wrong when they said that more stations would cause interference and destroy the livelihoods of musicians.

Today’s challenges from the internet are real and have disrupted old business models. In the current argument about defining the obligations of local radio license holders, there is a terrible tendency to obscure the real issue in a mass of detailed manoeuvring between civil servants and business lobby groups.

Lawyers and consultants thrive while listeners are forgotten. Listeners should be allowed their naïve aspiration to have a local radio station which actually has a studio, a presenter and a news reader in the same city where they live. The public understands the identity of local vs national radio. It is robust and cannot be obscured by dancing on the pinhead of verbose and almost ridiculous definitions of localness.

Let us look at local radio news as an example of how the regulators are missing the interests of listeners. In language that would be more appropriate to the task of nailing jelly to a wall, the OFCOM
guidelines try to define what a local news service actually is.

It’s certainly not a journalist reading the news in a studio in the same city where the listeners are. Some examples quoted from the OFCOM guidance:

Here is my plain English alternative:

Many of the proponents of modern commercial radio will argue that OFCOM’s regulations are ‘analogue in the digital age’. But the fundamental hypocrisy is that the big firms like Bauer bought out the local owners of radio stations knowing that there was profit to be made in the consolidation of production and admin. They kept an appearance of localness in the shop window, to appease both listeners and regulators, but behind the scenes they were doing as much networked production as they could get away with. Computerised audio production was arriving on the scene and a DJ could realistically be tasked to produce twice as much output as before. If audience numbers fell it would not matter because running costs were falling faster.

OFCOM the regulator is the only body that can resist this commercial logic.

Eventually the light of dawn will illuminate this process – which
began in the 1980s, long before the disruption of the internet. It might take time, but the listeners will eventually rebel against fake
local radio and a new tier of genuinely local stations will re-emerge.

The artificial silos of print, radio, television and digital may well be consigned to history but the need endures for credible local news and entertainment. I admit, though, it would be a brave investor who would pitch in just now.