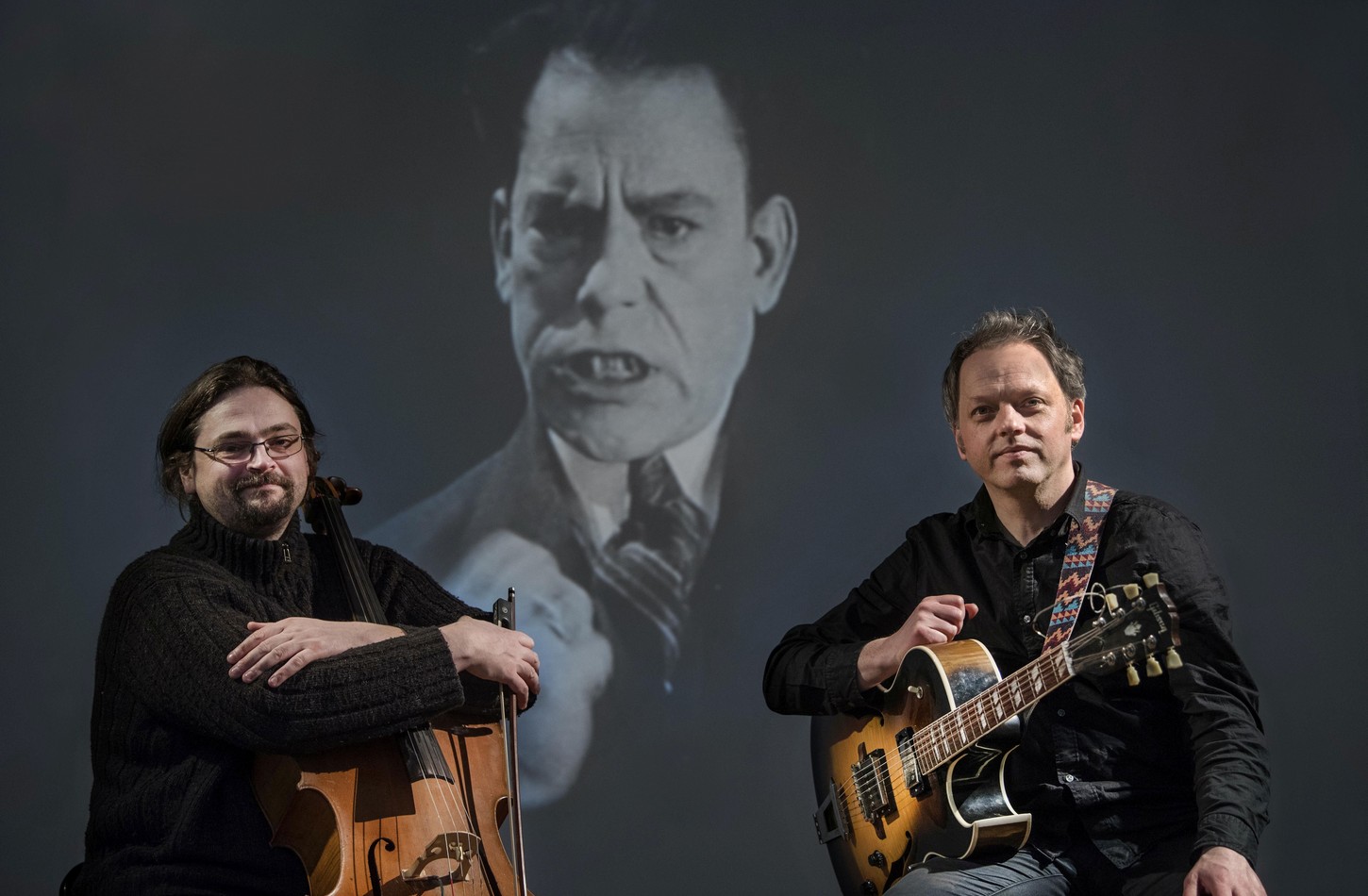 Lon Chaney demonstrates his unparalleled flair for on-screen transformation with his macabre characterisation of ‘Blizzard’ – a tortured, criminal mastermind who, as a young boy had both his legs needlessly amputated by an inexperienced surgeon. The actor famously refused the use of trick camera angles to simulate his ‘deformity’, forcing his legs into leather stumps in a tightly bent position that was so painful he could only wear them for ten minutes at a time.

The effect is astounding, as is Chaney’s nimble manoeuvring across the set of ropes, ladders and poles showing a technical ability that makes his character utterly believable.

As a composer, Stephen writes music that reflects his diverse musical interests. He has a gift for placing melodic and rhythmic accessibility amongst the more expansive free form colours. He has written a significant body of extraordinary film music, with scores to the early masterpieces of 1920s German cinema (including Metropolis, The Cabinet of Dr Caligari, Sunrise and Nosferatu).

The Queen’s Hall say they are delighted to be part of the inaugural St Andrew’s Fair Saturday – a day to improve the world through arts and culture.

Originating in Bilbao, Fair Saturday (following Black Friday) is made up of thousands of events coinciding globally, increasing the profile of a wide-range of arts organisations and raising money for social causes.

£1 from every ticket sold for this event will be donated to Social Bite whose aim is to end homelessness in Scotland.