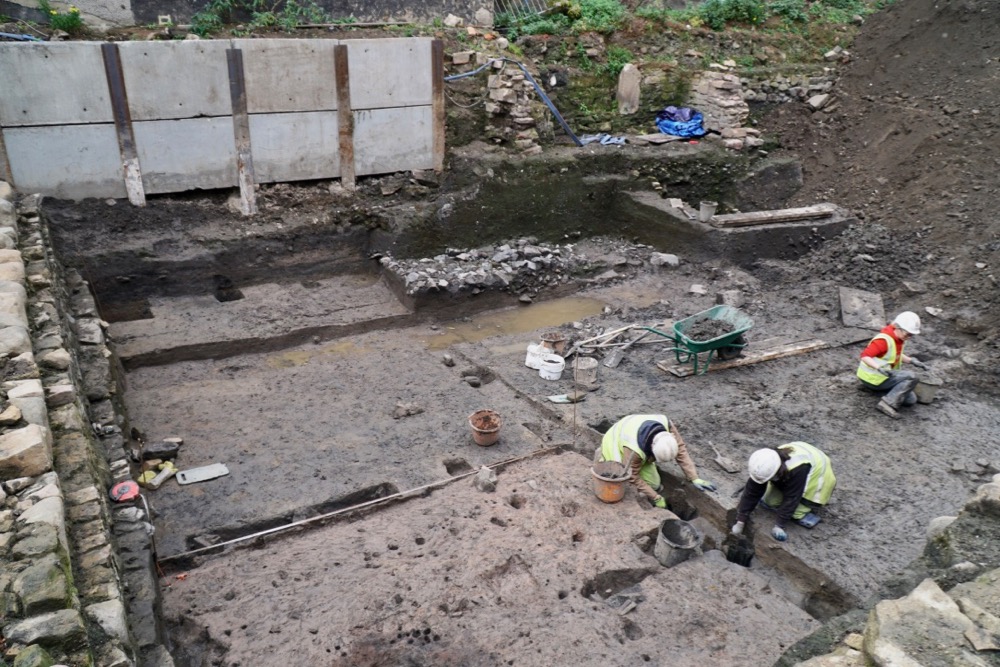 Archaeologists believe they have found the remains of a 12th century home in the Cowgate which was built before Edinburgh itself.

The building lies alongside what the archaeologists believe would have been the town wall, offering the first evidence of occupation in an area away from the castle where most people at that time would live.

John Lawson Archaeologist for the City of Edinburgh Council told us the story. He said: “This is a building roughly dating back to the first half of the 12th century. We are suspecting, and hoping, that it predates the formation of the burgh in the mid 12th century by David 1.

“We  suspect that because it’s cut through by a large ditch which dates to the late 12th century/early 13th century.”

So how do John and his team know this?

They look at the fragments of pottery which are coming out of the ditch. He explained : “The pottery is of a type that dates from that period. We will do a lot more analysis later on  with carbon dating. But the good thing about the building is that it has these large posts so hopefully we can get Dendro dates telling us when the timber was felled to give us a bit more of an accurate spot date.

“But because we have this ditch – this ditch looks like a boundary ditch. The boundary ditch  in this area and of that period, we would normally expect that would be the town ditch so that goes along with the formation of the burgh in the 12th century.”

A town ditch was usually built on the edge of any town. John explained that he had already uncovered a tiny sliver of a building at the bottom of West Port at the other end of the Grassmarket about ten years back. They dated that to around the 11th century, but thought that was a one-off.

He also explained that the Holy Grail for medieval archaeologists is to find out how Scottish towns grew. In places like Perth and Dunbar there might have been earlier settlements, and they know that not everyone could have lived in the castle itself. But this is now exciting evidence that there was a bigger settlement here in Edinburgh than just the castle and St Cuthbert’s Church.

And in conclusion, if it wasn’t for the hotel development which is about to be built here at the back of India Buildings then the archaeologists would not have discovered the buildings. John said : “The conditions that I recommend my planning authority put on then we would not be looking at the site at all.”