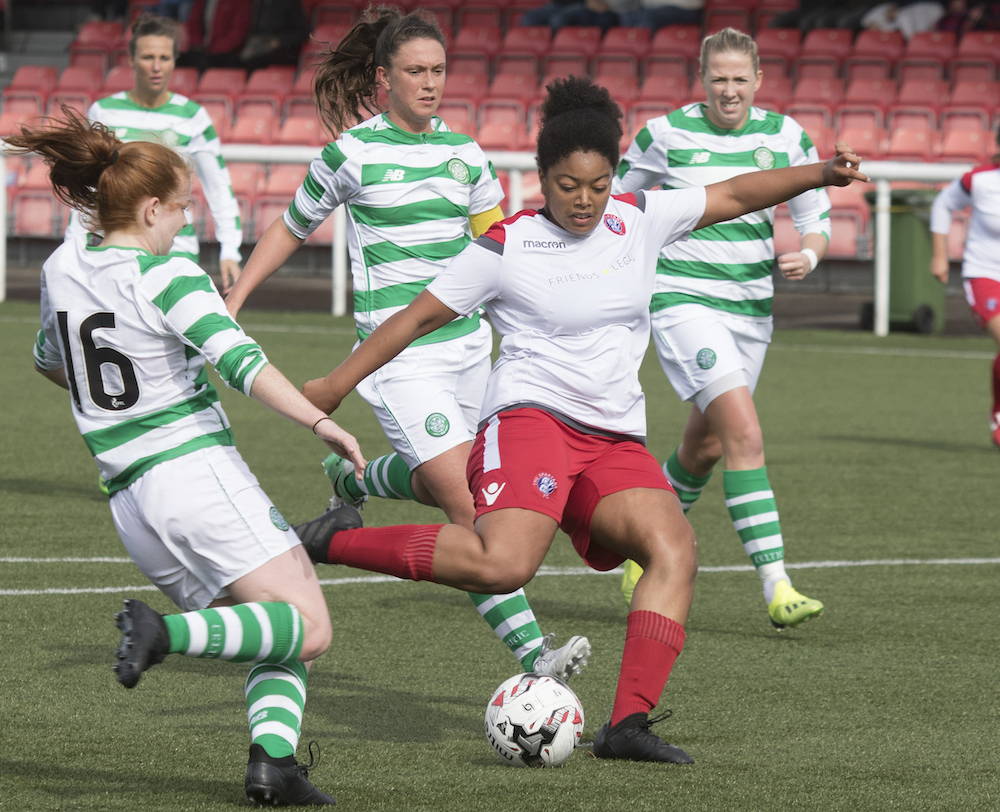 Spartans women have booked their place in the Scottish Cup semi-final after a 3-1 demolition job over Celtic last month.

Debbie McCulloch’s team, who find themselves in the bottom half of the SWPFL league, ran out convincing winners on the day.

Zoe Johnston bagged a brace before former Celtic player Kaela MacDonald sealed the win with a terrific second half strike.

Celtic netted a consolation goal late in the game.

Spartans gaffer, Debbi McCulloch, said “We are delighted to be through to the semi-finals of the SSE Scottish Women’s Cup.

“The 3-1 win against Celtic was our best performance of the season so far and the players thoroughly deserved to progress through to the next round.

“We worked hard all over the pitch and scored three fantastic goals.

“The players are delighted with the result although we still have four tough league fixtures to focus on to ensure we secure much sought-after league points to avoid relegation.

“The semi-final draw has been kind to us, with us avoiding Glasgow City and Hibernian, although Motherwell will provide us with a stern test and we will be taking nothing for granted on Sunday 14th of October at Forthbank Stadium.”