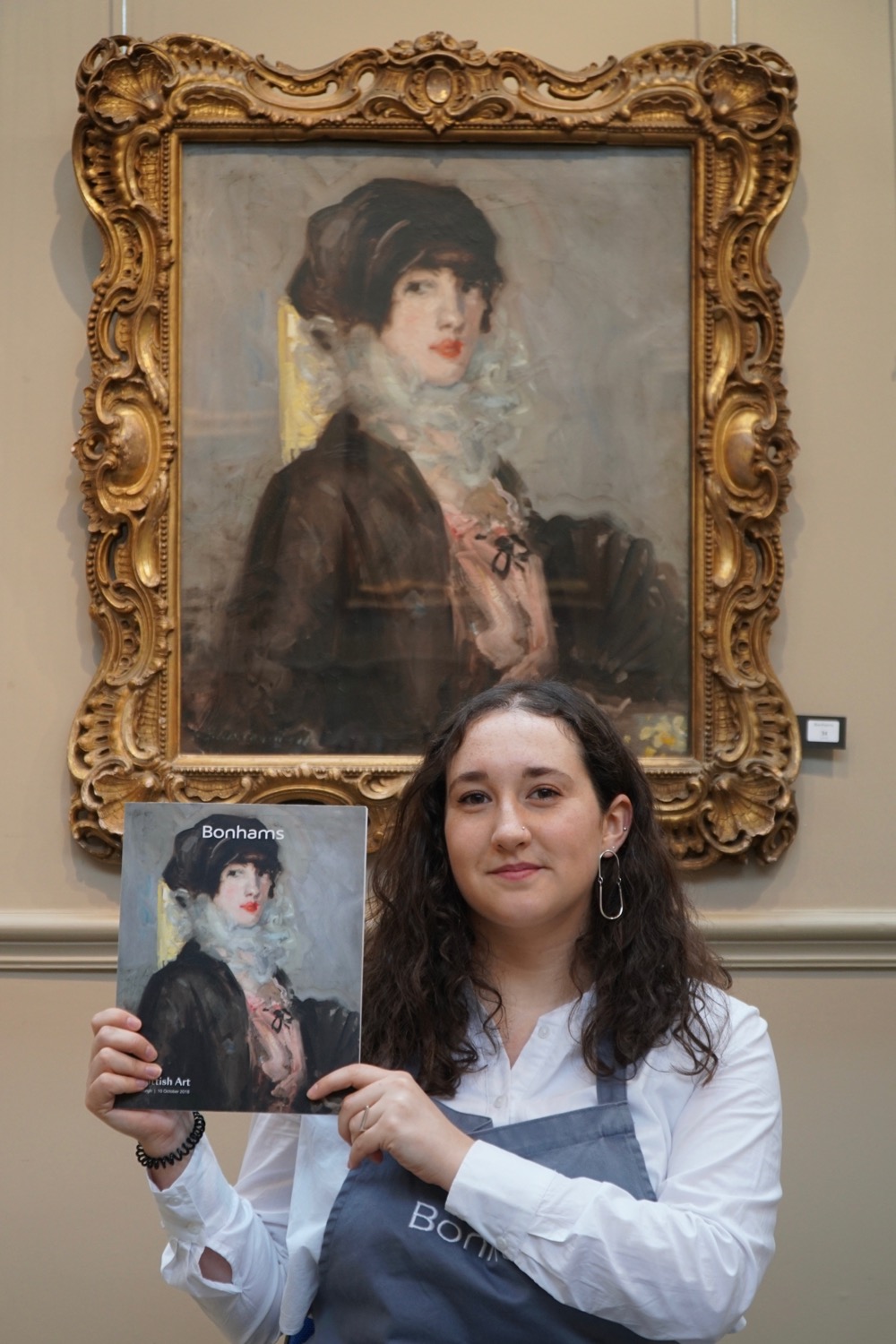 The Scottish Art Sale will take place on Wednesday 10 October 2018.

Peggy Macrae was an artist’s model much in demand in Edinburgh before World War I. Her striking looks and instinctive feel for presentation – the angle of a hat, the tilt of an eyebrow – were sought after.

Cadell was well known for painting New Town interiors as well as Iona landscapes. He was born in Edinburgh where his father was a wealthy surgeon, and the family lived at 22 Ainslie Place. A pupil at Edinburgh Academy he went to study in Paris, before returning to Edinburgh where he lived for most of his life. e lived at 4 Warriston Crescent and at 30 Regent Terrace. He is buried in Dean Cemetery near the southern boundary wall. He died in 1937.

Other highlights available include: