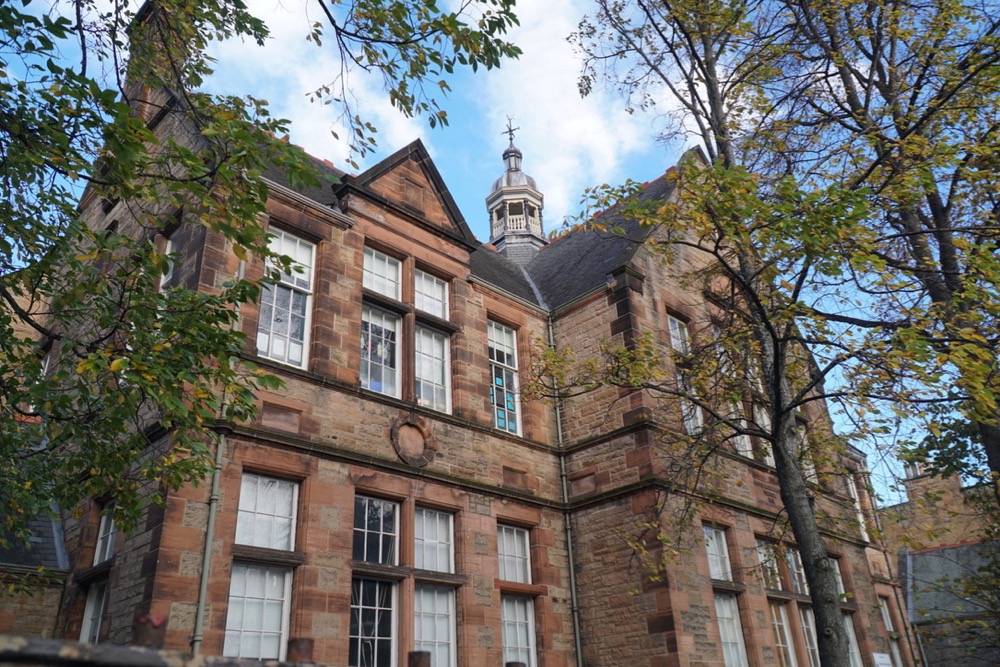 A shop in Comiston Road may be used to sell guns in the future. The property was formerly occupied by a Chinese health clinic and now Edinburgh Rifles and Sporting Goods plan to trade from the premises there, but whether or not it will be a firearms dealership is still uncertain.

The former health store at number 105 is very close to the local MSP Daniel Johnson’s constituency office a few doors away. Mr Johnson said: “I was contacted by a number of constituents in the surrounding area who were, like me, concerned about the proximity of the proposed new gun and rifle store on Comiston Road to South Morningside Primary School.
“I have written to the police on this issue, but they have no say on the location of the shop.
“Gun shops are rightly tightly regulated. I believe that if it is legitimate to determine who is able to be licensed to sell firearms, it follows that it is also legitimate to question where those sales happen.
“I believe that having a gun shop so close to a primary school is not appropriate or in the public interest.”
Mr Johnson also sent this letter to the Edinburgh Divisional Commander of Police Scotland :

Sheila Chapman asked : “Do lots of people in Morningside buy guns then? Seems a strange location.”

Pete Naples said : “It’s not like it’s Edinburgh’s first or only gundealer. All those who buy Barbour jackets and green wellies from Dicksons, at one time they actually made guns in the basement. Edinburgh actually has a fine old tradition in gunsmithing. There were some very high quality manufacturers in town in days gone by, up until fairly recently too.”

Another who posted a comment said : “I have no interest in guns and no inclination to use the shop I grew up in the Highlands where we were taught the dangers of guns from a young age. We were also taught that they could be used responsibly for sports such as clay pigeon shooting and target shooting. Would it be my first choice of shop maybe not but I will use it as an opportunity to educate my kids. It’s got to be better than them learning everything they know about guns from TV and video games. Who knows, they may grow up to be Olympic Medallists.”

Nick Horten said : “The vast majority of the customers who visit this shop will be certificated firearms certificate holders. These people will have been microscopically vetted by the police and are amongst the most responsible and trustworthy in society – yet many of the locals don’t want them in the area. What have the locals got to hide?”

Ed Bewsher who is the owner of Edinburgh Rifles and Sporting Goods and who confirmed he is planning to open a shop there explained that he already has a licence to sell firearms. He said :  “All RFDs are regulated by the Police. All the firearms customers are vetted by the Police. The security required is extremely high.

“We supply firearms and ammunition to individual, school, university and club target shooters among others, many of which are the lifeblood and future of our national shooting teams.

“The current World ISSF Champion at 50m Prone is Seonaid McIntosh, born in Edinburgh.  She comes from a family of Olympic and Commonwealth medalists, all for shooting.”

He would not confirm that the shop is going to be a firearms dealership.

He confirmed he is seeking an early meeting with Daniel Johnson to discuss any concerns the MSP has and to clarify what his objections are and those of constituents who complained.

At Holyrood yesterday the Edinburgh Southern MSP raised the question of the gun shop possibly being set up in Morningside very close to his own constituency office and near South Morningside Primary School.

This is from The Scottish Parliament’s  Official Record Daniel Johnson (Edinburgh Southern) (Lab):
In recent days, the recreational use of firearms has been in the press, from the shooting of goats to an issue of concern in my constituency about the opening of a gun shop mere yards from South Morningside primary school. The school has been in touch with the police, but it can take no action because the police’s locus is over who can be a firearms dealer and not where those businesses locate. The council has no locus, because the police regulate firearms. Indeed, on that basis, the council would have more interest if someone was seeking to open a fast-food joint rather than a gun shop. Does the First Minister believe that a gun shop is just another shop? Does she believe, as I do, that this apparent loophole should be closed, and that we should regulate not just who can operate firearms businesses but where such businesses operate? Does she believe that it is right to have a gun shop next to a primary school? I know that I do not.

The First Minister (Nicola Sturgeon):
I thank the member for raising the issue. I do not know the details about the shop that he has raised but, in general terms, I agree that that issue is not something that I feel instinctively comfortable with, so I understand his concerns. I also agree that we should not see gun shops as just the same as all other shops, for very obvious reasons.

As Daniel Johnson will be aware, the power to make most firearms legislation is reserved to Westminster, with the exception of that on air weapons—we are the only part of Great Britain to license those—and firearms licences are issued by Police Scotland. I am more than happy to look into the particular case that he raises, and to come back to him if I think that there is more action that the Scottish Government ,or any of our agencies, should be taking. If he has not already done so, I also encourage him to raise his concerns with Police Scotland. I understand the reasons for what he has described today causing deep disquiet, and I am sure that many other people will, too.

Lothians MSP Jeremy Balfour said today : ” I had a meeting today with the police. At present no application for the shop has been made, will have to see what happens next. The First Minister has agreed to look at situation as well.”

If you want to open a business as a firearms dealer  then there is a process which involves approval by Police Scotland. One part of that includes imposes these conditions.

As a registered firearms dealer you must :

If you want to own a gun then it is subject to strict checks by Police Scotland. All the information on that is here.