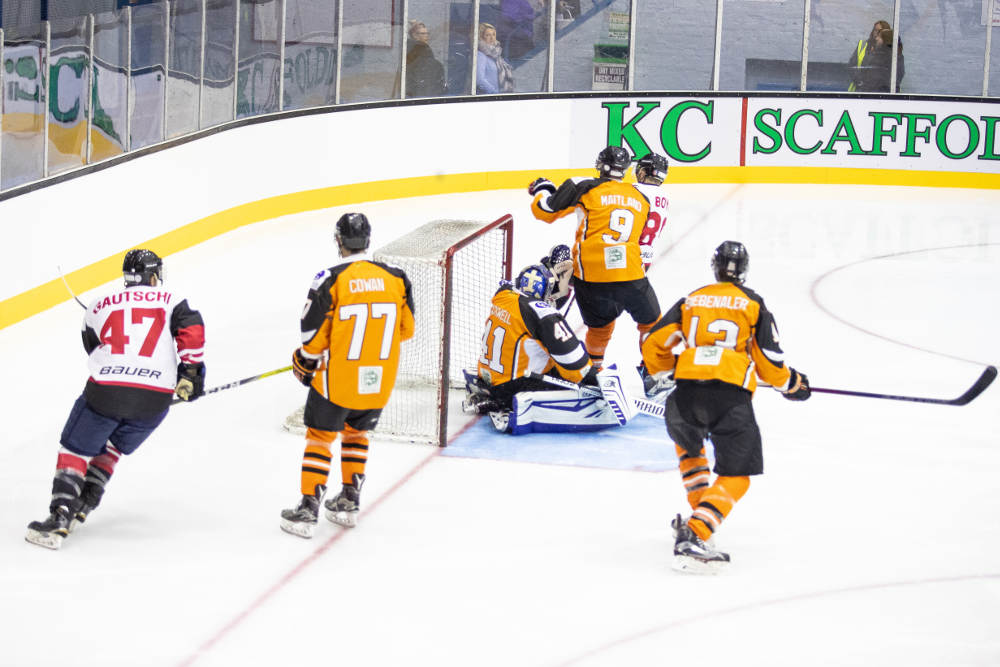 Murrayfield Racers have failed to break their duck in the National Ice Hockey League North Cup.

Their latest attempt saw the Edinburgh side thrashed 11-0 at Solway Sharks.

The Dumfries side won the opening session 3-0, and they blew Tony Hand’s men away with a 5-0 blitz in the second before the home side claimed three goals in the third.

In the Elite League, Fife Flyers’ sensational eight-game winning run came to an abrupt halt when the Kirkcaldy combine were blown away 7-2 at Cardiff Devils, the reigning play-off champions.

Four goals in under five, second-period minutes did the damage in The Principality.

Dundee Stars skidded to their eighth straight defeat when they were edged 2-1 at The Dundee Ice Arena by Nottingham Panthers.