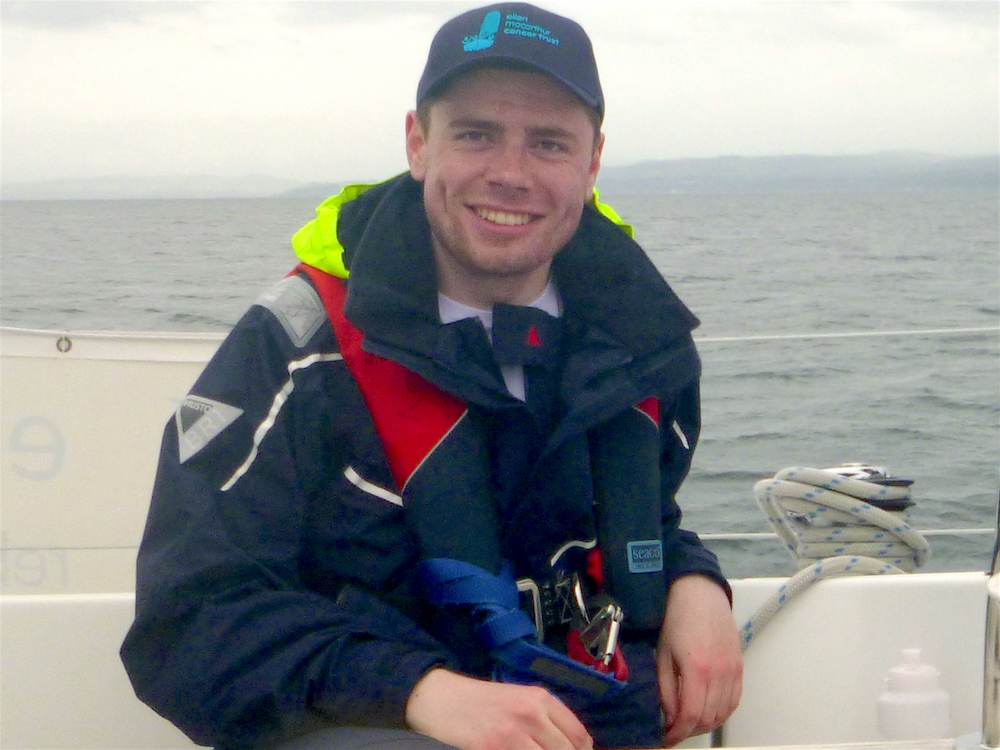 24 year-old Ewan MacArthur was treated for skin cancer last year at he Western General. During his recovery he was given the opportunity o going on a sailing trip with the Ellen MacArthur Cancer Trust. He went sailing for four days on the Caledonian Hero which the charity bought with some financial help from players of People’s Postcode Lottery.

In 2018 the Trust is marking the Year of Young People by taking a record number of young people between 18 and 24 on sailing trips.

Ewan would highly recommend it. He said: “The trip was the first time I had met other young people with cancer that were around my own age, it gave me a new outlook on life and a support network of friends who knew exactly what I was going through.

“Before the trip I had been dealing with feelings of worthlessness and not belonging, which lead me to drop out of university. I was on the verge of pulling out weeks before my trip due to anxiety even though I knew I would enjoy it.

“A year later I am still friends with many of the people I met on my trip. Afterwards I applied last minute to the university course I was looking at for years. I have now moved out of my family home to another city to return to uni. Without the Trust I would have not felt capable of doing this. It truly changed my life from one that I hated to one that I love.”

Dame Ellen said: “It’s an opportunity not to be missed. By coming on a trip, not only do these young adults get to feel like they are not the only ones enduring such insecurities and vulnerabilities, but they have the chance to rediscover their voice again, express opinions and be treated as equals. We are enormously grateful for the ongoing support from players of People’s Postcode Lottery who make this possible.”

The yacht Ewan boarded, which is based in Largs on the west coast of Scotland, is preparing to take more young people out to sea this September (10th-13th) and the charity is urging 18-24 year olds who have now finished cancer treatment to take part. It’s completely FREE and the charity takes care of all travel arrangements.

Departing from the Trust’s base at Largs Yacht Haven, the young people navigate the waters of the Firth of Clyde, enjoying various stopovers including Port Bannatyne on the picturesque Isle of Bute, before putting their new skills to the test cruising back into Largs. During a four-day sailing trip, young people get involved in every aspect of running a yacht including domestic routines. They live, sleep and eat on the yacht and sail from place to place.

Laura Chow, head of charities at People’s Postcode Lottery, said: “We are so pleased that players of People’s Postcode Lottery are able to support the Trust to help young people look beyond their experience of cancer and realise their potential. We believe these trips will start them on a new journey with new friends and new confidence in their capabilities.”