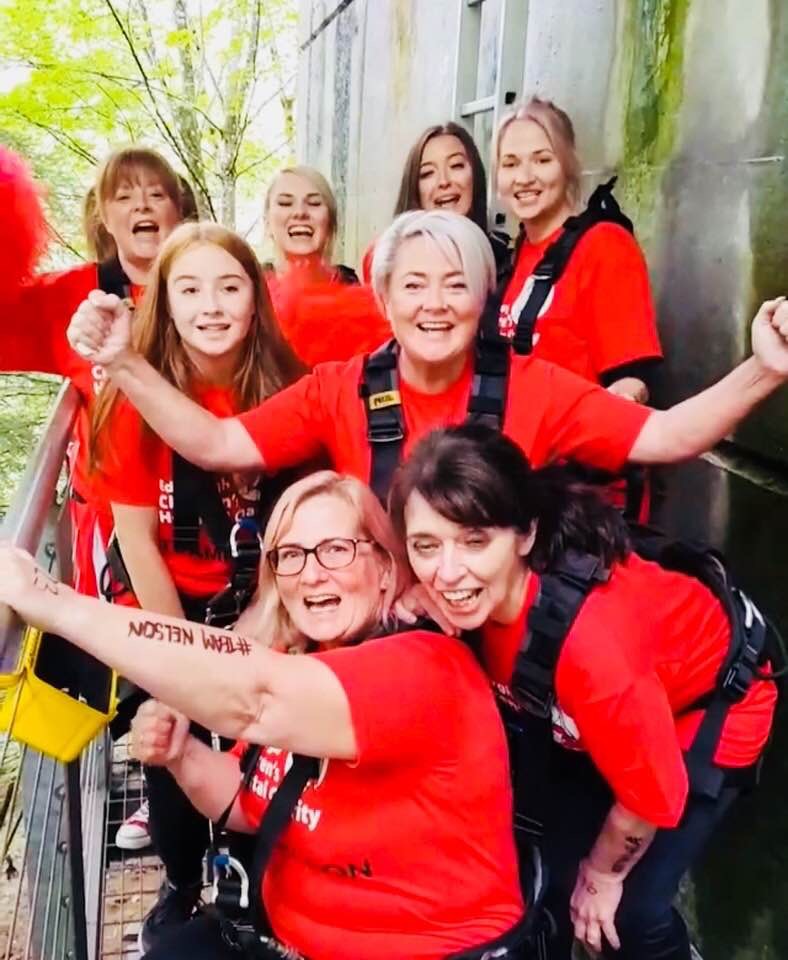 A MOTHER conquered her extreme fear of heights to raise over £2,500 in memory
of her son who died unexpectedly.

Christopher Nelson tragically passed away in November 2015 while in Amsterdam, aged just 24.

The feat marks the latest in a long line of challenges Donna and her family from
Eskbank, Midlothian, have undertaken raising nearly £30,000
for ECHC.

The swing takes place from a platform raised 40 metres above the river below, with
a free fall drop of 15 metres, before the rope takes the slack and jumpers
accelerate through an arc below the bridge. Donna said: “Out of all the challenges we’ve done, this was the worst. The speed you
go through the air at just makes you feel like you have no control whereas at
least with something like the skydive, I had an expert strapped to me.

“I was the last to swing which made it worse as my nerves built even more and
water is a real issue for me as Christopher drowned.

“There was no doubt I was going to do it for my laddie though and I’m so proud I did.
The support from the ECHC team was amazing and it’s so important to keep his
memory alive through all the amazing fundraising and donations.

“The only time I managed to take my hand off the rope was to look up and blow
Christopher a kiss and tell him I loved him.”

Donna and her family have taken on a host of challenges including Tough Mudder as
well as a 200 mile cycle along the Rest and be Thankful.

ECHC is a charity close to the family’s heart as it supported him in hospital when
he was younger.

The charity supports and complements the work of the Royal Hospital for Sick
Children in the capital.

Christopher’s sisters, Abby, 13, and Rebecca, 26, both did the jump alongside Donna.

Donna added: “Abby and Rebecca were both a wee bit nervous but they did us so proud.

“Christopher was such a charismatic guy, you couldn’t help but just love him. We were
soulmates so it does take me some time to recover emotionally in the days after
when it hits home why we do these crazy challenges.

“But now it’s on to the next one. There’s a few ideas in the pipeline but I really
just want to thank everyone for their time, kindness and donations for the time
being. I often wonder what Chris would say to me doing all these daft
challenges.”

The money raised helps ECHC to ensure children undergoing hospital treatment can be
a child first and a patient second.

“To face her fears like she has done is so inspirational and Chris’ memory lives on
in the amazing challenges she does and the incredible impact the money raised
has by putting smiles on the faces of children in hospital.

“We really can’t thank her and her family enough for all their efforts and we’re so
grateful for their continued support.”