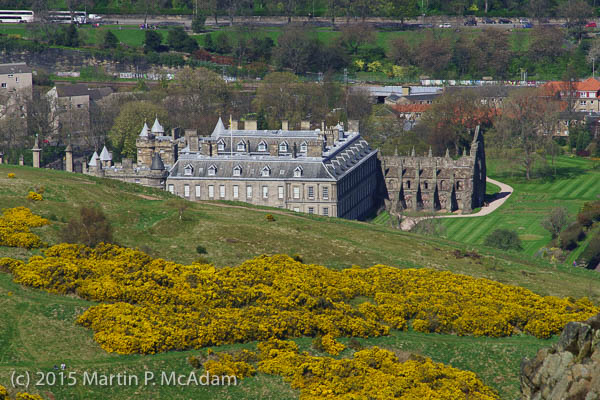 The Scottish Book Trust has a list of walks and trails which relate to books and authors.

Here they share some with us which are specifically connected to Edinburgh. They have more from elsewhere in Scotland on their website

David Balfour’s journey back to Edinburgh in Robert Louis Stevenson’s Kidnapped is one of the most thrilling and breathless adventures in Scottish literature. The Stevenson Way recreates it and certainly isn’t for the faint of heart or delicate of foot. Called Scotland’s Wilderness Walk, the trail cuts across the heart of Scotland and is centred around real historic events, like Stevenson’s novel. It is trail for experienced walkers only, and, realistically, it needs to be broken up into parts with very little in the way of accommodation on many parts of the route.

It is oft said Edinburgh’s very own extinct volcano derives its name from Arthurian legend. Described by Robert Louis Stevenson as, “a hill for magnitude, a mountain in virtue of its bold design”, there is a mystical feel to the place – and no visit to Edinburgh is complete without a walk up its rocky paths. From certain angles, Arthur’s Seat can look like a resting lion in the heart of Edinburgh but for visitors, it is easy to tame. Enhance your enjoyment of your hike by reading James Hogg’s 1824 classic gothic horror The Private Memoirs and Confessions of a Justified Sinner, in which two feuding brothers see things in a fog at the top of the hill. Arthur’s Seat also features in David Nicholl’s bestseller One Day, Jules Verne’s The Underground City, and many Rebus novels from Ian Rankin.