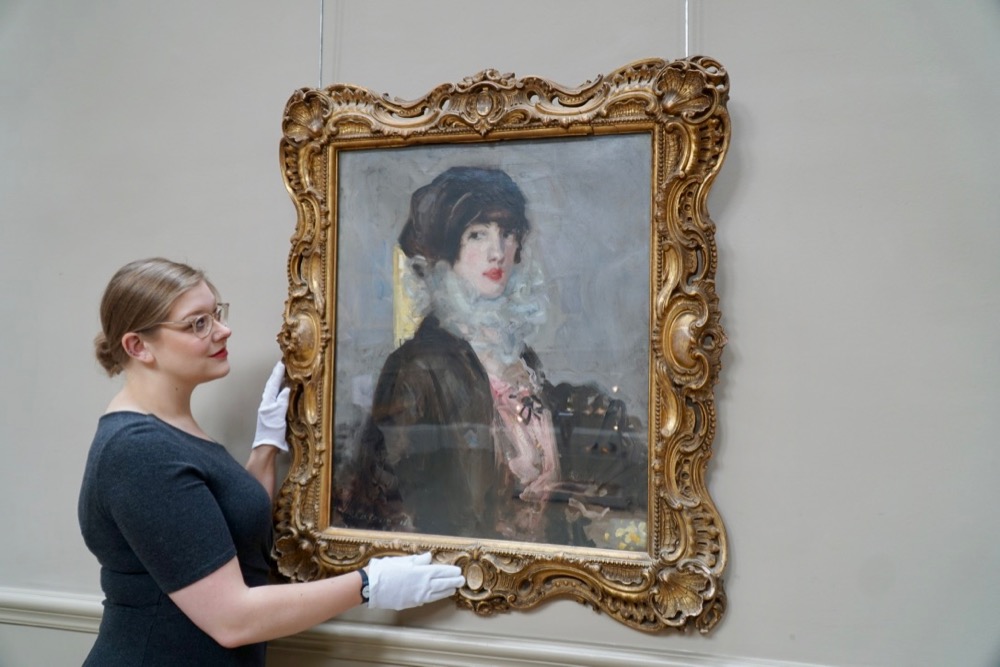 The Model, Peggy Macrae, a striking and important portrait by the Scottish Colourist artist Francis Cadell (1883-1937), is the lead item in Bonhams Scottish Art sale in Edinburgh on Wednesday October 10. It is estimated at £150,000-200,000. Peggy Macrae was an artist’s model much in demand in pre-First World War Edinburgh. Her striking looks and instinctive feel for presentation – the angle of a hat, the tilt of an eyebrow – were in great demand. She posed so naturally, that painters commissioned to execute portraits of fashionable society women would sometimes, secretly, use Peggy to model the clothes.

Bonhams Head of Scottish Art, Chris Brickley said: ”Peggy Macrae was well aware of her worth and selected carefully the artists with whom she worked. She was a particular favourite of the Scottish Colourists, and Francis Cadell captured all her qualities of independence and spirit in his 1911 portrait.  She gazes from the canvas with serene confidence and just a hint of mischief in her eyes.”

Soon after the portrait was painted, Peggy Macrae married and emigrated to America.

Other highlights of the sale include: