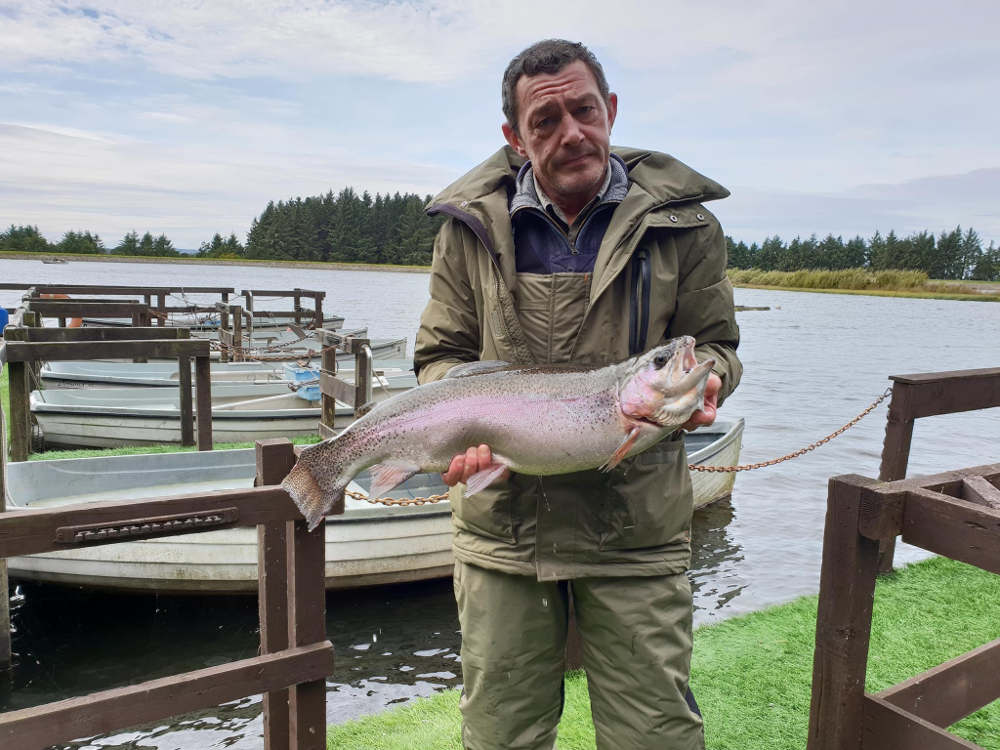 And Joe Walker netted a 7lb rainbow on the same pattern at Rosslynlee Trout Fishery where bosses will soon open a plush, new reception area.

The extensive unit, which includes comfortable seating for chilling and eating, a tackle and snack shop plus office, overlooks the popular fishery.

John Dewar, who runs the venue on behalf of the owners, said finishing touches were being done currently.

And he reports that recent catch returns have been encouraging.

Harlaw Reservoir in The Pentland Hills above Balerno is still open for business despite low water levels.

The day permit is £20, cut from £25, and anglers are still catching with black and green lures proving popular.

The venue is Mid Calder Community Centre across from the Black Bull and the start time is 7.30pm.

Non-members are welcome and Scot Muir, the association’s secretary, said materials are provided and the sessions are conducted by an experienced fly tier.

On to coarse fishing and Dave Pellow continued his recent purple patch by claiming a bag of 37lbs 8oz in the seventh and final match of the Edinburgh and Lothians Coarse Angling Club’s Summer League.

But the sizeable haul, which included some big carp on paste and hard pellet, was not enough to earn him the league title.

It went to Wayne Henley who landed one roach of 1lb 10oz for last place on the day, but his early-season form tipped the balance.

Second on a blustery, showery day at Orchill near Dunblane was Tony Hayler, fishing paste and catching carp, with 28lbs 12oz and third Geoff Lowe, who had a purple patch of three good carp, with 9lbs 12oz