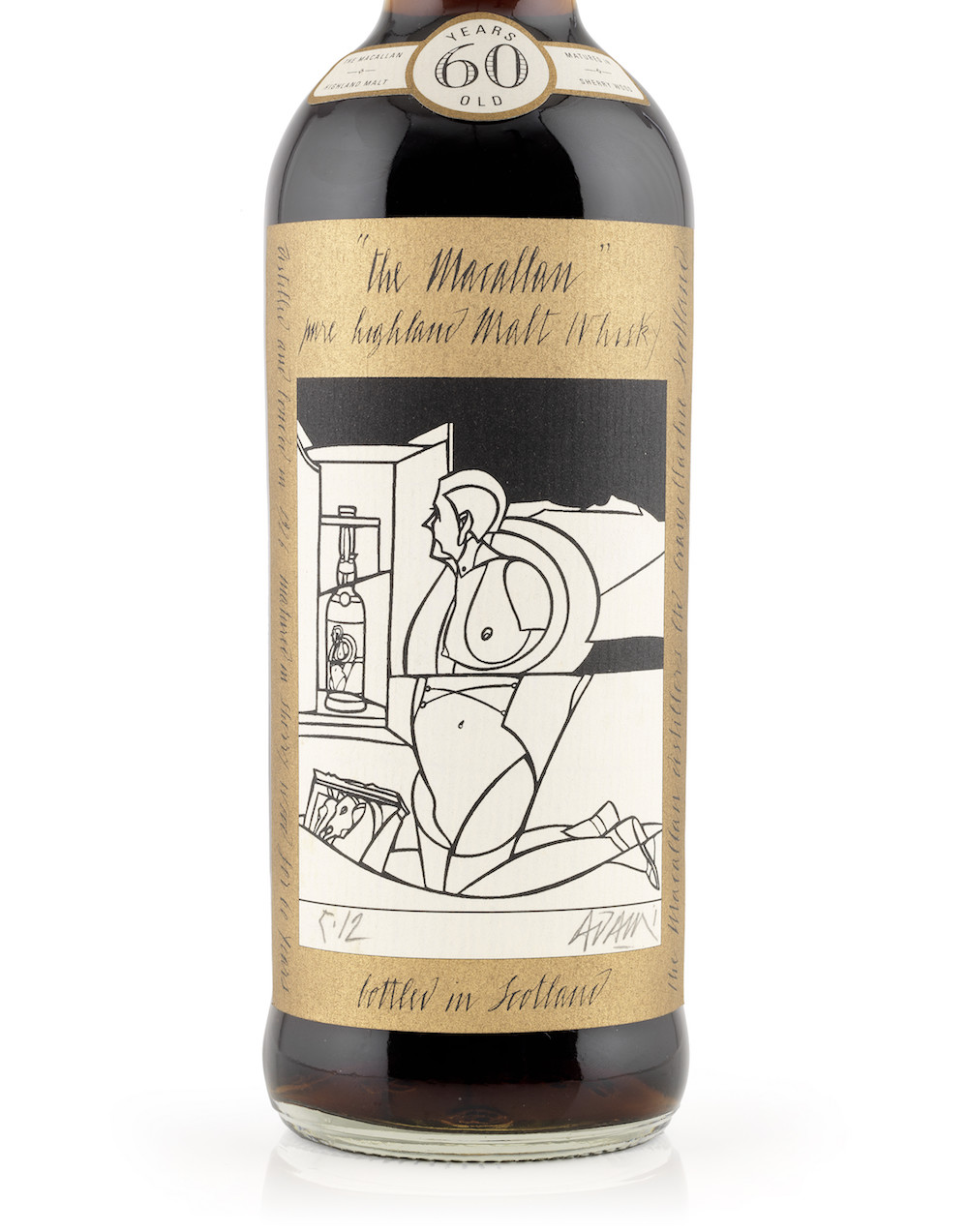 Well, it looks very artistic, as it has been decorated by one of two world famous pop artists.  We can’t tell you what it tastes like as perhaps only one of the limited collection has actually been opened.

The bottle of Macallan to be sold at Bonhams in Edinburgh in October is expected to fetch at least £700,000.

A bottle from the same edition was sold at Bonhams Hong Kong earlier this year for a record breaking price of £814,081. This is the most ever paid anywhere for a bottle of Scotch whisky at public auction. A bottle of The Macallan Peter Blake 1926 60 year old was also sold in Hong Kong for £751,703.

It is not known how many of these rare bottles are still in existence. If you have one lurking in your cupboard perhaps you would let us know?

One is believed to have been destroyed in Japan in the 2011 earthquake and at least one has been opened and enjoyed.

Bonhams Whisky specialist in Edinburgh Martin Green commented:” The Macallan 1926 60 year old has been described as the Holy Grail of whisky. Its exceptional rarity and quality puts it in a league of its own, and the world’s most serious whisky collectors will wait patiently for many years for a bottle to come onto the market. It is a great honour to be offering this amazingly rare whisky at our Edinburgh sale.”

The renowned international whisky consultant Charles MacLean, who writes about The Macallan Adami 1926 in the latest edition of Bonhams Magazine, added: “Macallan single malt is the darling of whisky collectors and The Macallan Adami 1926 – with its Peter Blake stablemate – sits at the very pinnacle of the distillery’s distinguished output. All the appeal of Scotch whisky – the myth, the tradition and the romance – find its ultimate expression in this bottle.”

Valerio Adami (born 1935) is an Italian artist famous for painting bold, flat forms outlined in thick, black lines, in a style reminiscent of comic art. He is among the most highly acclaimed of 20th Century Pop Artists.

Date: Wednesday 3 October at 11 am