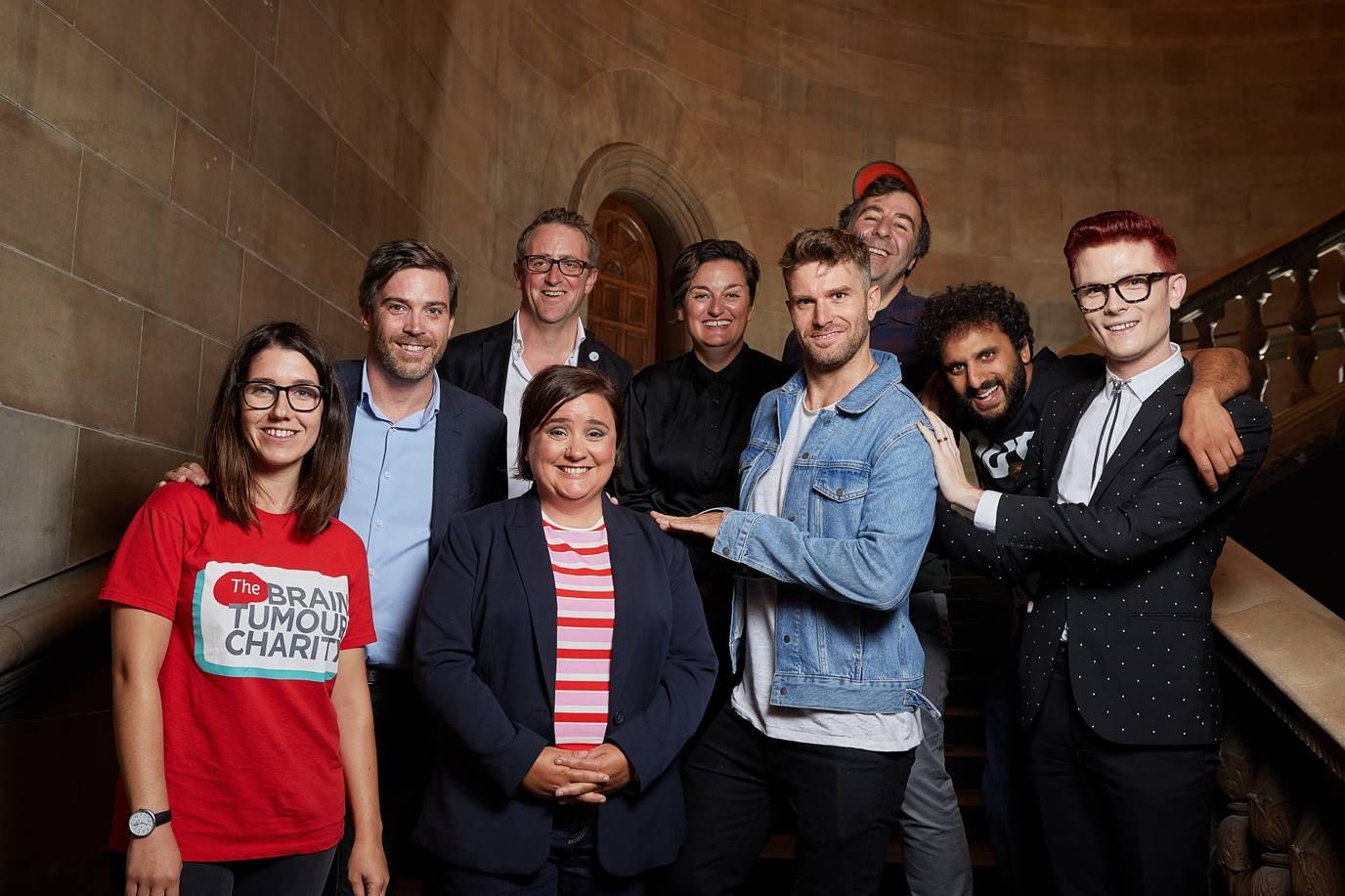 Last night at the McEwan Hall Underbelly held a second Big Brain Tumour Benefit. All the ticket income will go to the Brain Tumour Charity and will be matched pound for pound by the entertainment company which this year has 199 shows at the Fringe.

It was a sad discovery when in September 2016, Underbelly Director Ed Bartlam’s son Alfie, then age 4, was diagnosed with a malignant brain tumour. The road to recovery has been anything but smooth and despite extensive treatment two more tumours were found in his brain and spine in December last year.

Ed explained that Alfie still powers on with boundless energy and optimism but his fight is far from over, and throughout the experience he has been made all too aware of how underfunded brain tumour research is in the UK.

The event sold out and all ticket income (£15,000) is going directly to the Brain Tumour Charity.

Underbelly announced that it will match every penny of the box office income from the event, bringing the total raised to over £30,000.

There will be bucket shakers across Underbelly sites throughout the Fringe and there is now a Just Giving page where you can make a donation www.justgiving.com/underbellyedinburgh. Already people have generously given over £1,000 since the page opened when all tickets had sold out.

The Brain Tumour Charity is an incredibly worthwhile cause to support. Underbelly is proud to have raised over £30,000 tonight and will continue to spread the word and raise as much as possible towards this under-funded and important work.

The company and its employees want to make a big difference to brain tumour research in the UK.