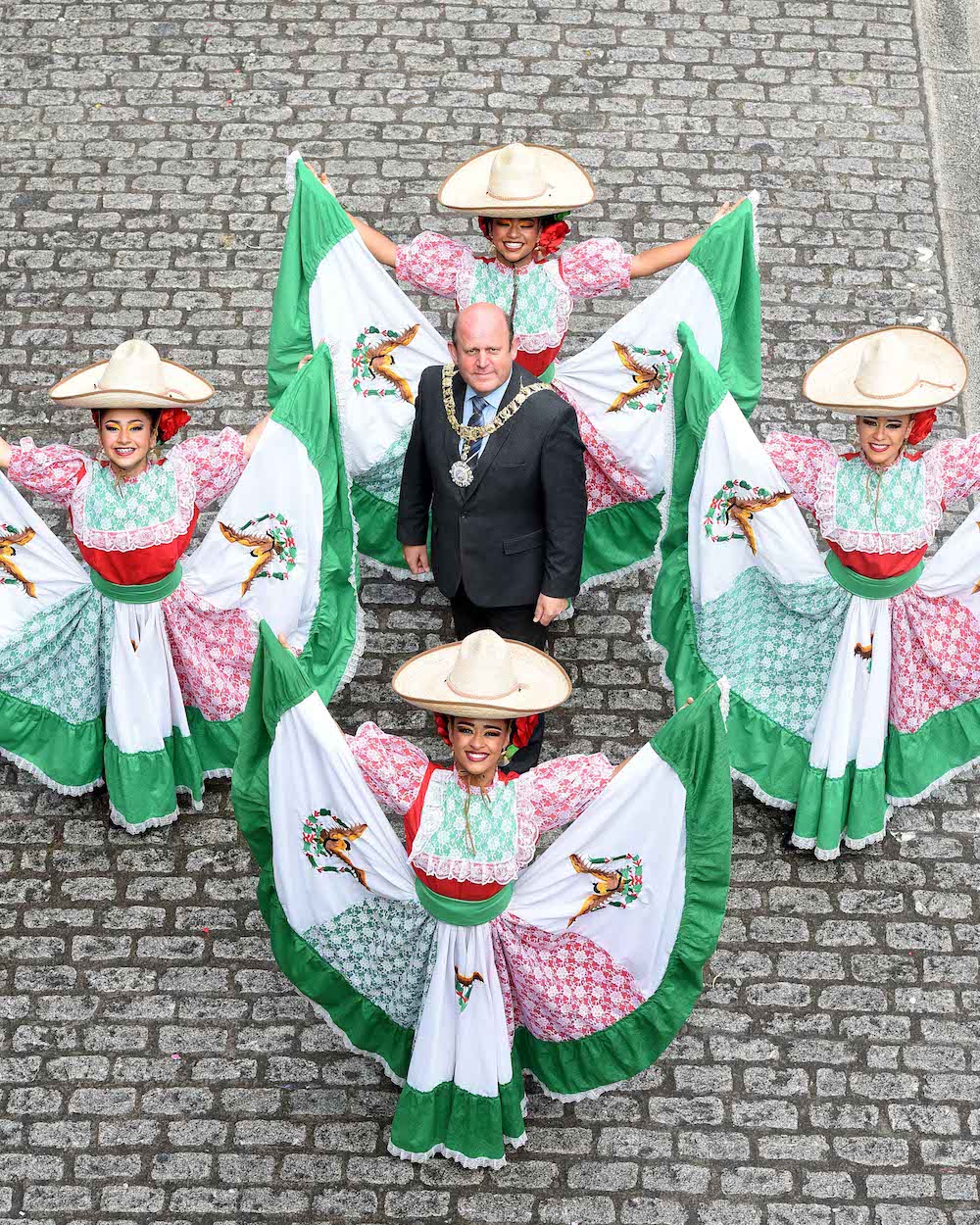 Performers from the Banda Monumental de México raised the noise level at this year’s The Royal Edinburgh Military Tattoo by giving a one-off performance at the City Chambers on Edinburgh’s Royal Mile as guests of The Rt Hon Lord Provost, Frank Ross.

The band entertained crowds with their version of Luis Fonsi’s legendary ‘Despacito’, which has been played in front of more than 220,000 people this August at the home of the Tattoo, Edinburgh Castle.

Banda Monumental De México has been formed especially for The 2018 Royal Edinburgh Military Tattoo by the Organizacion Cultural de Intercambios Internacionales México and will bring together more than 100 performers from Jaguares Marching Band, Compañía de Danza Tenochtitlan and Mariachi Juvenil Oro de México on the Esplanade of Edinburgh Castle.

The band are joined by nine other international acts this year, from Malawi and Oman to the Czech Republic and the USA, as well as show favourites, the Massed Pipes and Drums and the Tattoo Dance Company.

The 90-minute performances takes audiences on a journey through man’s greatest achievements under the theme ‘The Sky’s the Limit’, which also celebrates the RAF centenary and Scotland’s Year of Young People.