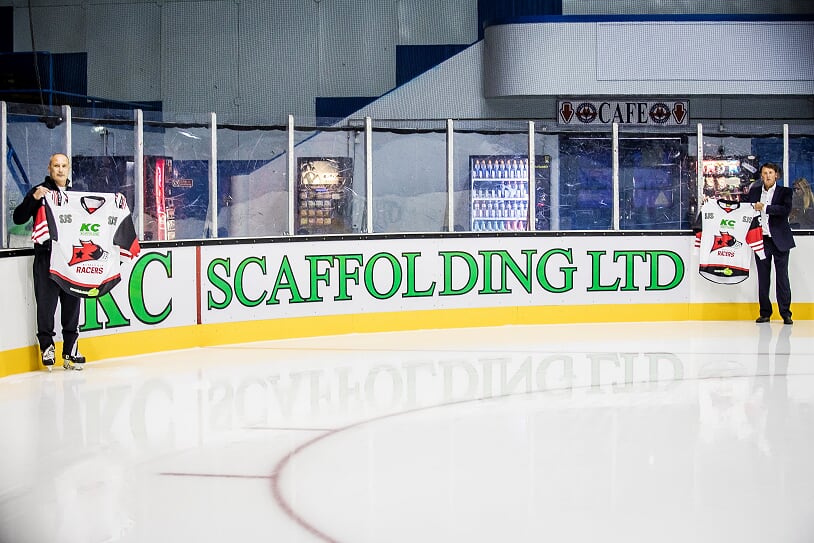 It is understood to be the biggest ice hockey sponsorship deal in Scotland’s Capital for 15 years and the Musselburgh firm will have their name prominently displayed on the club’s newly-designed shirt, will advertise around the Murrayfield rink and become a match sponsor.

Racers will play in the Scottish National League (SNL) and one of the cup competitions run by the National Ice Hockey League (NIHL).

And Kevin Connachan, the company’s managing director, firmly believes that Racers will become a successful club on the British sporting stage again.

He said: “That is why we are pleased to come on board as Racers launch their initial campaign.

“We are a national company and we believe that under Tony Hand this club will grow and have success on the national stage.”

“Racers are starting their journey and our long-term aim is once again to be playing quality hockey at the highest level in this country.

“We believe there is great synergy here and we are pleased to have them on board.”