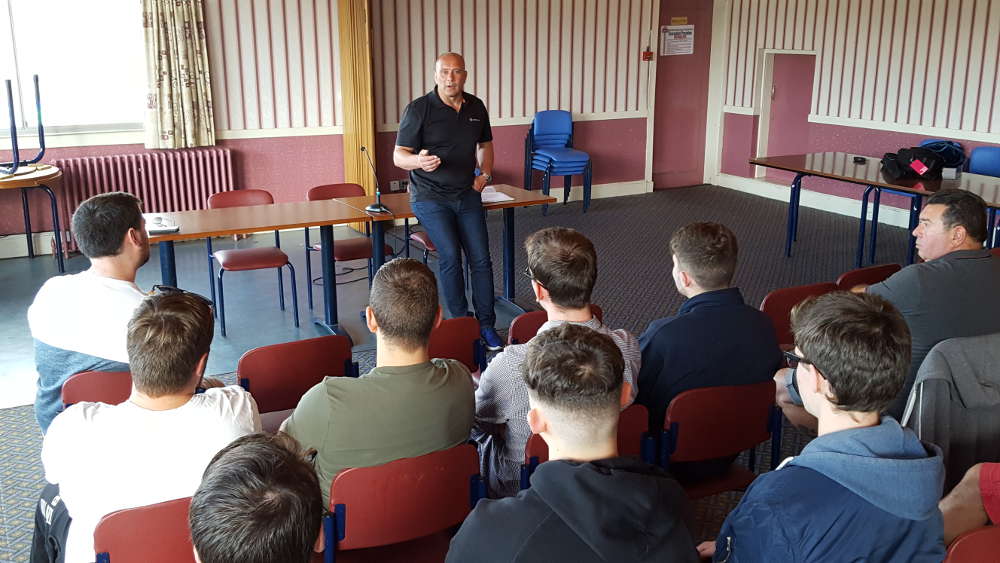 Callum Boyd, who has iced for two Elite League clubs, believes he will improve his game under the guidance of much-decorated, Edinburgh-born coach Tony Hand.

And the 24-year-old forward believes there is a big future for Scotland’s newest ice hockey team.

Boyd started his career with Solway Sharks in 2011 before moving to Kilmarnock Storm and then on to Edinburgh Capitals.

The 5ft 10in player then moved on to Braehead Clan where he iced in 48 games before moving back to Capitals.

Boyd is excited by the challenge which lies ahead and said: “I was excited to come along and see what Tony (Hand) has to offer.

“Tony has vast experience and he wants to make everybody in the squad a better player. I buy into that 100 per cent.

“The experience he has got and where he has played is second-to-none.”

Boyd added: “I am looking at this as a stepping-stone to the future and to what this club can achieve. There is only one way to go and that is upwards.”

The club play their historic first game at Dundee Comets, last season’s Scottish National League champions, on Saturday and ice in front of their own fans for the first time on Sunday against the same club.

The face-off is at 6pm and tickets are available online and at the box-office and Boyd said: “We had our first training session on Tuesday and there is a lot of get in.

“We will shake off the rust and see how it goes but fans should expect a good hockey game and we will be doing the best we can. We all want to well for this team.”