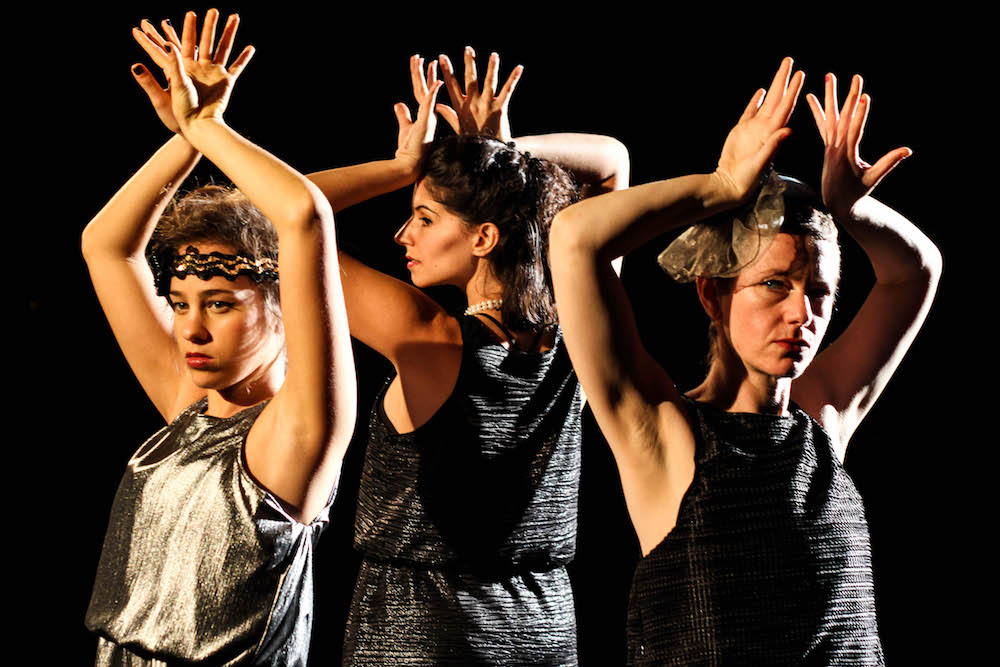 Three young women – friends one minute, enemies the next – unzip the competitive world of man-hunting, and of being inappropriately hunted by a man, in Gal Sabo’s cleverly crafted piece of dance-theatre.

The Tel Aviv trio of Lior Lev, Aya Sadot and Nofar Oved thrust the audience into the action from the get-go, chattering over one another from strategically placed chairs about anything from eyebrow-plucking tips to controlling fathers as they clamour for attention.

The three coalesce and Lev, 27, brilliantly mimics the lyrics from “Someday my Prince will Come” from the 1937 film “Snow White and the Seven Dwarfs” with a mock damsel-in-distress air as she is carried lovingly aloft by Sadot, 32, and Oved, 30, before being unceremoniously dropped to the ground.

In another scene, the flamenco-dancing Oved gets the audience clapping and in another the three screech at one another and gesticulate wildly as their friendship frays.

They undress literally and metaphorically, bashfully peeling off their clothes to reveal their gym gear. There ensues a delicious scene of booty-shaking, buttock-thrusting, winking at audience members and sizing each other up; and in Lev’s case jogging vainly round the stage in an Attenboroughesque ritualised courtship display.

The play is directed with panache, raw energy and stylish acerbic wit by the 29-year-old Tel Avivian Sabo in her Fringe debut.