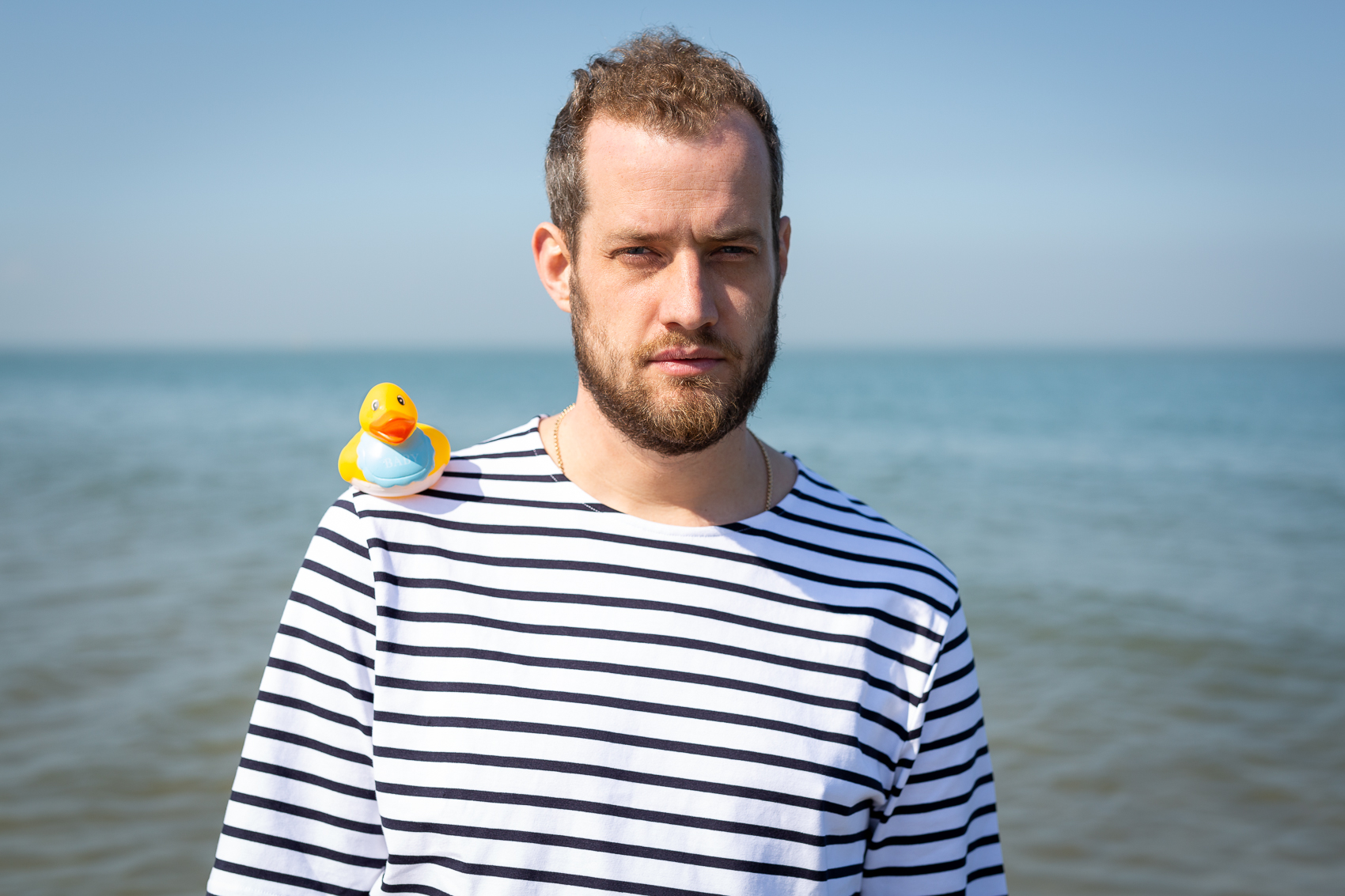 Comedian and presenter Robin Clyfan performs his first solo Edinburgh show about grief, growing up and dressing as a massive baby for cash.

In a show that is at times moving, funny and absurd, he explores generational tensions, losing his mother to cancer and recounts tales from some of his ludicrous former jobs.

The Sea Is Big Enough to Take It tells the story of growing up in the shadow of a staunch feminist and activist, who spent her life working in the public sector and how he reconciles that with jobs where earning a living can mean making a fool of yourself for money. Clyfan wonders if he can keep his integrity when some of his corporate work has included pig racing, sending someone into space for a deodorant brand and dancing on stage dressed as a massive baby.

The comedian provides hilarious anecdotes from his childhood, his work and family life interspersed with tender moments with his mother in their final months together. The title of the show comes from a family holiday to the seaside, where Clyfan’s mum screams at the sea (who is big enough to take it) and challenges her son to “do more politically.”

Clyfan is a captivating storyteller and physical performer and his 50-minute set provides moments of enjoyable chaos as he narrates scenes from his life and his dreams. There are rapidfire jokes and moments of moving reflection as we hear the comedian’s mum through an audio clip, recorded as part of BBC Radio 4’s The Listening Project. In a surprise twist during this clip Clyfan manages a costume change (so expect partial nudity) and the energetic finale of the show has the BlundaBus rocking.

In the wrong hands a show with a strand about losing a parent could be mawkish and crass but thanks to Clyfan’s delivery the audience are left moved and amused in equal measure. If you are not visibly moved by the end of the show you may want to check your pulse.

The Sea is Big Enough to Take It is at the Edinburgh Fringe until 26 August (not 22 August) on Bob’s BlundaBus. Buy a ticket in advance (£5/£4) to guarantee entry or Pay What You Want at the venue.