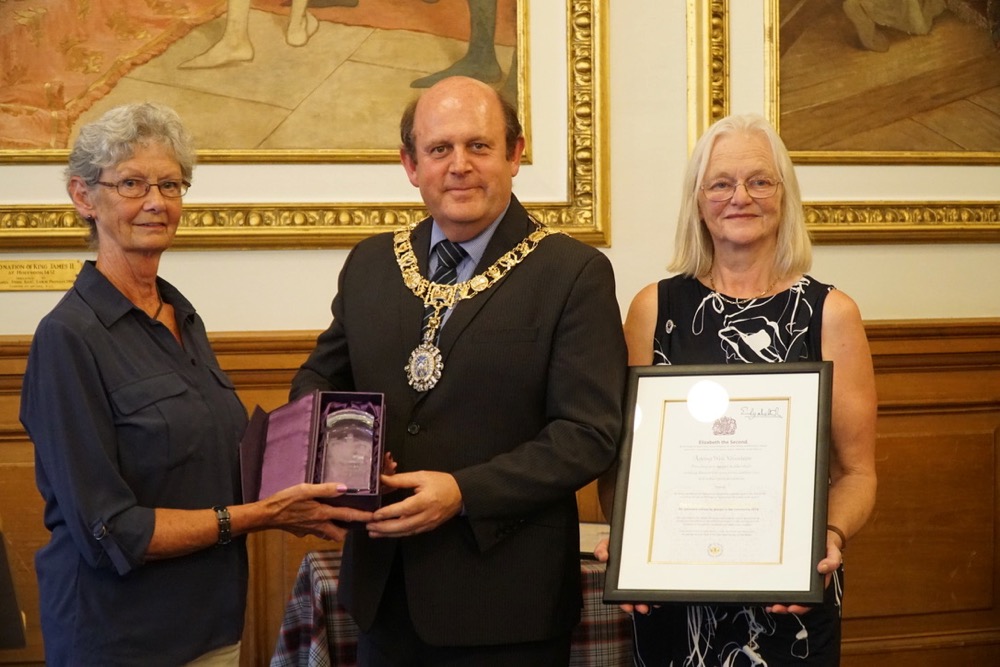 Two volunteering groups in the city were given the Queen’s Award for Voluntary Service last night in a special ceremony at the City Chambers.

Edinburgh Leisure’s Ageing Well Project and LINKNet Mentoring Ltd are both active projects which depend on the work of volunteers.

The Lord Lieutenant Frank Ross, who is also the Volunteering Champion in the city, invited Ryan Dignan to speak to the assembled audience about the work of Ageing Well and Dissa Nayaka to explain the work that LINKNet Mentoring does in the city. Volunteers from each body explained how their volunteering work had given them opportunities and experiences they might not have had in their lives.

The Lord Lieutenant said : “It is a great honour and privilege as Lord Lieutenant, the Queen’s representative here in Edinburgh to be personally involved in these awards. This occasion allows the city to reflect upon, witness and support the recognition that Her Majesty the Queen has bestowed upon the winners of the awards this evening. This is the highest public recognition award that can be provided in the UK to charity. From an individual perspective it is the equivalent of an individual receiving an MBE.”

This award was created by Her Majesty the Queen in 2002 to recognise the role of local communities. 250 separate groups will receive the Queen’s Award this month across the UK. A group of two or more people who carry out voluntary work may be nominated and the Lord Lieutenant reminded everyone that the nominations process for next year is open now.

Ageing Well promotes healthy lifestyles for older people in the city who are inactive. Activities include seated yoga, buddy swimming, walking, singing and dancing delivered by Edinburgh Leisure in partnership with NHS Lothian and Pilmeny Development Project. The aim is to increase good health in later life, and the project has run for over 15 years. It helps over 400 people in the city with sessions in community venues.

LINKnet Mentoring  Ltd is a direct mentoring organisation established to help minority ethnic groups in the city and neighbouring Fife and the Borders. Established in 2000 the group has now assisted thousands with mentoring programmes, education and employment mentoring.

Volunteers help others by providing one to one support.