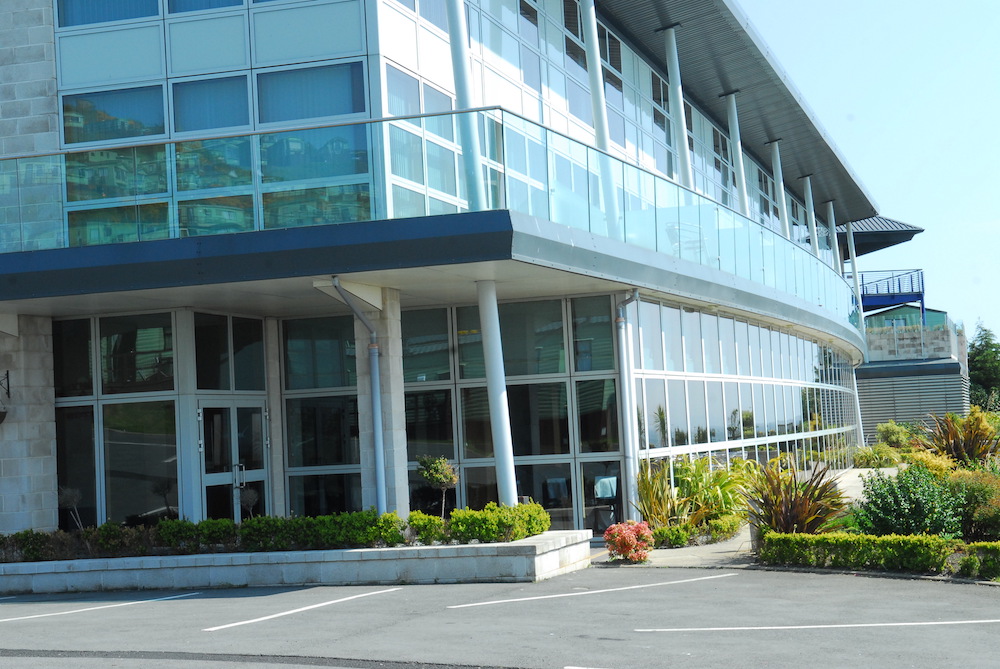 The Bay Hotel has just celebrated its ten year anniversary since opening its doors in 2008, when it was added to the popular ‘Bay Leisure Complex’ at Pettycur Bay Holiday Park in Kinghorn, Fife.

The Hotel was a major development for the Wallace family, who aimed to add an extra dimension to their successful leisure business by creating a visually appealing, high standard, hotel to take advantage of the stunning views across the Firth of Forth. The whole idea of building the hotel was to capture the short breaks trade, weddings, conferences and other events, and they have successfully expanded the business into a previously uncharted market for them.

“We decided to go all out with the new hotel and design something really impressive of which we could all be proud,” said Tommy Wallace, who along with his brother Alan and father Tom, has run the business for thirty four years.

Tommy said, “The views were already there, all we had to do was come up with a wow factor design. We ended up with something contemporary which blends well with our existing leisure complex.” He added: “We were all heavily involved in the design and building of the hotel, my father has a background in construction and was perfectly qualified to project manage the whole build by Dalrymple Construction of Kirkcaldy.

“He, along with Davidson Design Architects, are responsible for the overall exterior look of the Hotel.”

“We all have our own strengths,” said Tommy, “My brother Alan was involved in the more technical side by aiding in the design and installation of the heating, ventilation and air conditioning with Coolforce of Kirkcaldy. He is also responsible for the TV/computer/phone and till systems and the fit out of the kitchen that supplies the new function room.”

Tommy Wallace was particularly involved in the interior design of the Hotel and where possible he used local suppliers such as Dovetail in Dundee for bedroom furniture, Tile Boutique in Kirkcaldy, Kingdom carpets in Leven and JCG Ltd Dunfermline for fitting out the reception and Bars.

He said, “I wanted to make sure that the Hotel had a fresh, modern look which was in keeping with the world class views outside. I wanted the rooms to be of similar quality and design to a boutique hotel in any large city and am particularly happy with the way our ‘Family/Executive Suites’ turned out, they have a Mezzanine level bedroom, can comfortably sleep a family of six and have a balcony that have spectacular views across the River Forth towards Edinburgh.”

“I have to say that we are very proud of the look and feel of the Bay hotel, it has an eye catching contemporary look which is an asset to the whole area and doesn’t look out of place overlooking the beach, it certainly has the wow factor.” said Tommy’s brother Alan, a Director in the business. “We have been particularly pleased with the wedding trade that has gone extremely well and have a lot of people booking their wedding after attending another here and seeing what we have to offer.”

Alan continued : “It’s a major achievement for us as a family business to get to ten years of the Bay Hotel, we feel like it has always been there as a part of the complex. We would like to see the hotel cater for even more guests in the next few years, and have a number of plans for the future, especially concerning the wedding market. We have maintained our core customers. Through all economic conditions, good and bad, we have always offered good value here at Pettycur and the personal touch. Many of our staff have been with us for a long time too.”

“We have a minimum of sixty weddings a year at The Bay Hotel,” said Tommy. “They get excellent value in a lovely setting and guests can stay over a great price.”