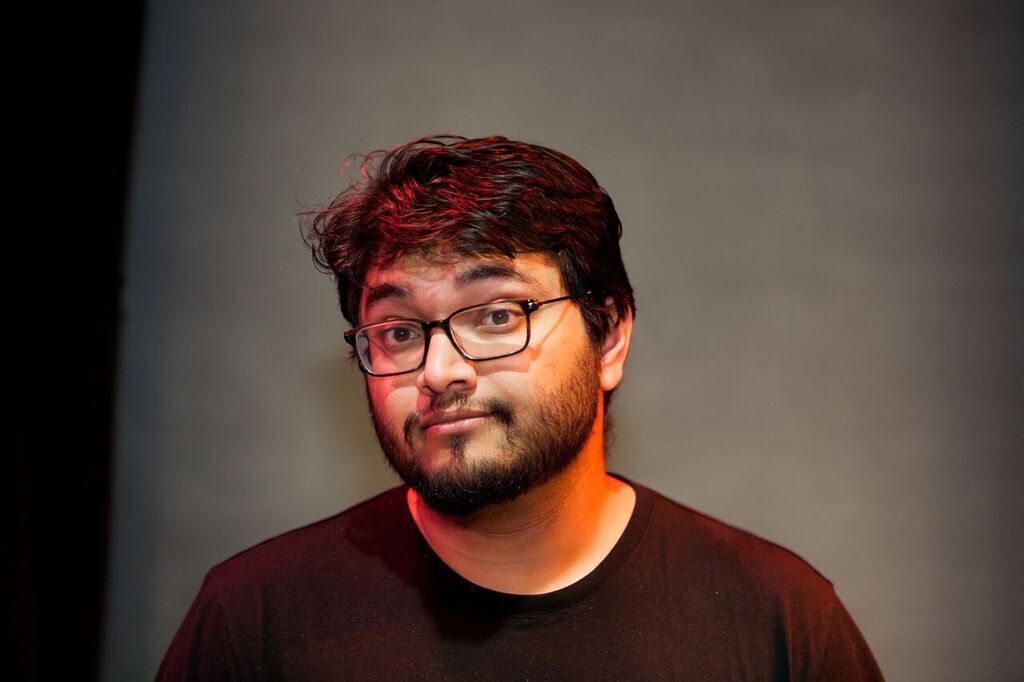 Just the Tonic at The Mash House (Cask House)

Following his first solo stand-up album, Amazing, Probably, which went to number 3 in the iTunes Comedy Chart, Sid Singh returns to the Edinburgh Fringe to tear a strip off Silicon Valley’s tech culture (yes, Apple included!), its pervasiveness in our lives and the sexism and racism that reigns in the Valley itself.

Silicon Valley is continually in the news, whether it be about the richest man in the world, Jeff Bezos (CEO and Founder of Amazon), Facebook, a website that helped spread fake news and swing a presidential election and it’s future presidential candidate (this wording is slightly confusing), known to Sid as: “Mark F***ing Zuckerberg.”

Sid Singh grew up in Silicon Valley and saw it evolve into a playground for the rich, watching the area’s liberal values fall away. In American Bot, Sid looks at how the Black Lives Matter movement and the #MeToo movement were supported financially by Valley ‘philanthropists’, but how their actions actually failed to support either in a tangible way. “Apple have done more for black turtlenecks than Black Lives Matter” says Sid, “but thanks for my iTunes ranking all the same.”

One of Sid’s targets is Peter Thiel, co-founder of PayPal. “Conservatives like Thiel effectively try to take over by espousing a libertarian viewpoint” says Sid, “that only makes sense if a) you’re a white male with tons of money or b) you’re an idiot.”

Sid Singh is a regular at numerous clubs in New York, Los Angeles and San Diego including Night Train with Wyatt Cenac, and The Tony Show (run Comedy Central’s Adam Atamanuik). Among his television credits are Living the Life (Islam Channel), Greatest Party Story Ever Told (MTV), Night Train With Wyatt Cenac (NBC). On radio Sid has appeared on BBC Radio Four’s Inconspicuous Consumption, BBC Asian Network, Fresh Air Radio, and Mutiny Radio. Sid has appeared on Kurt Metzger and Sherwood Small’s popular podcast Race Wars and weekly on legal podcast The Law is My Ass. Sid’s debut stand-up album, Amazing, Probably, is available on Stand Up Records, iTunes, and anywhere else albums are sold and reached number 3 on the iTunes US Comedy chart and number 13 on the Billboard Comedy Album Chart.

Venue: Just the Tonic at The Mash House (Cask
House)