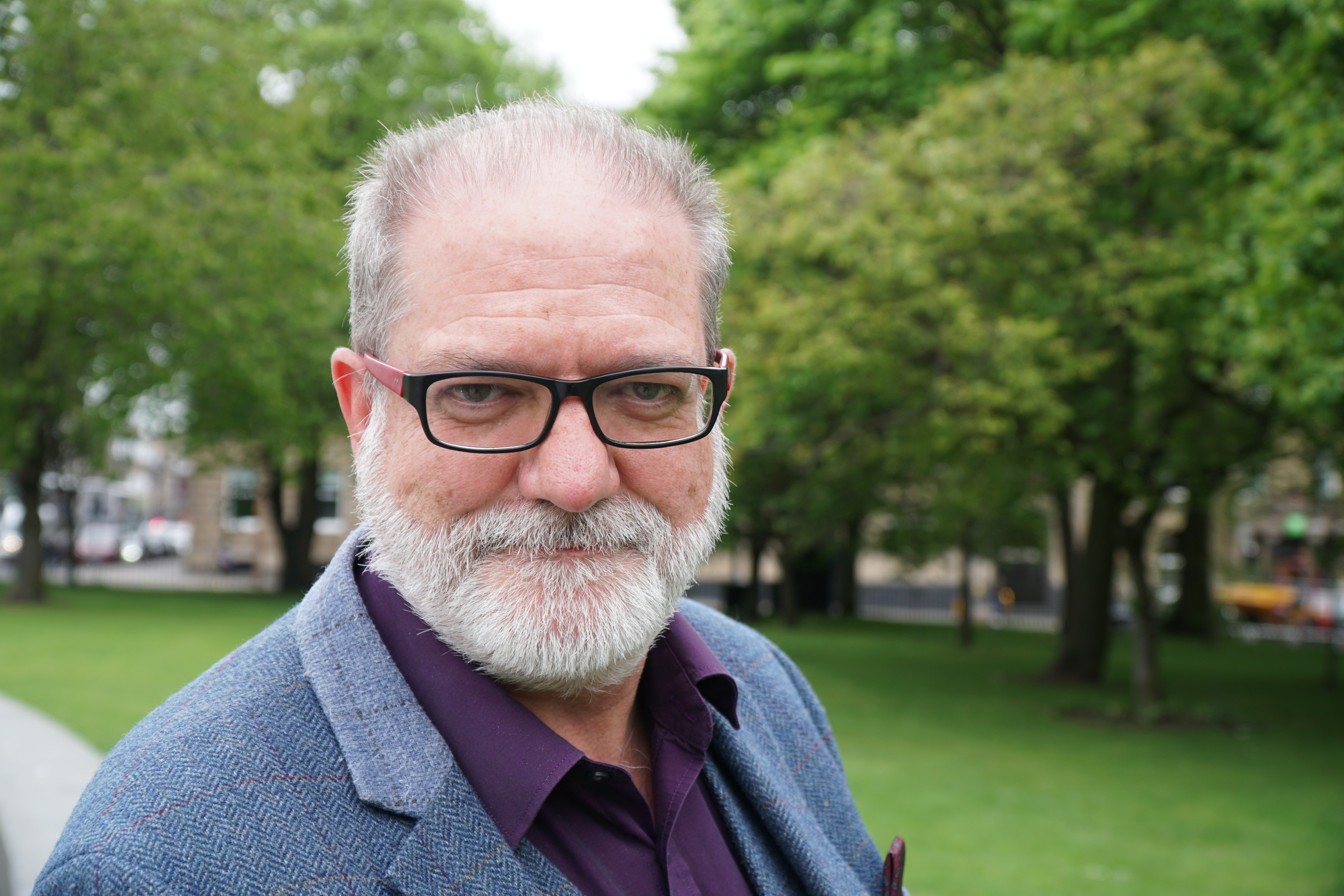 Whether or not he wins the Leading Light award his staff have entered him for, we think Ewan Aitken deserves a mention on our pages.

Unknown to him (and to his great credit, to his complete embarrassment!) his staff have nominated him in the category of Leading Light in the Scottish Charity Awards. The winners will be announced at a ceremony at EICC on 14 June 2018. This is what the people who work with him said about Ewan :

Ewan lives and breathes Cyrenians, and the organisation’s mission to support the excluded. He upholds the charity’s values of compassion, respect, integrity and innovation, while finding ways to promote the organisation’s work.  He sees his job at its heart to be “a storyteller, retelling stories which speak of what even the toughest reality can tell us about life, its fragility and its potential”. He is a former Leader of the City of Edinburgh Council, an ordained minister and now the Chief Executive of the Edinburgh charity, Cyrenians. He has an enormous energy for this job which he truly loves, and you cannot hear the name of the charity without it being followed quickly by a reference to Ewan.  I heard him speak most recently at the opening of the Social Bite Village and without a note in sight he spoke most eloquently about his passion, helping to solve the problem of homelessness.

He said :”I am really proud to be here today. The mark of any society is how you look after those who are most excluded. This village says an extraordinary thing about how we all want the world to be. Yes, its about supporting a group of people from a tough place to a better place, but it speaks also of how we want all our societies and communities to be. It is a powerful message of change and transformation where everybody matters and everybody is included. So all of you who have contributed in any way should be proud of what you have given, not simply to this, but to how we can be together as a society.

“Our task now is to build the community that this place will create. The staff at Cyrenians will come and support folk whether it is into jobs or work placements or into education, whatever it is that that person needs to go from a place of exclusion to inclusion.”

His incredible dedication to his role, and his energetic approach means that his days are filled from client graduation ceremonies, to consultations on food access, to collaborating on solutions to homelessness, and much more.  Since setting a five year plan in 2014 that aimed to expand the work of the organisation, Cyrenians has more than doubled the number of people supported from 4300 to 9000, employed twice as many staff with an increase from 80 to 138 and has increased the number of volunteer hours from 69,000 to 90,000.

From his many speeches and written articles here are just some of Ewan’s stories :

“One of the many delights of my job is the opportunity I have to hear [and retell] other people’s stories of their experience of Cyrenians – stories which are worth retelling in affirmation, inspiration, connection and reflection, stories which hold our values and speak of what even the toughest reality can tell us about life, its fragility and its potential.

“Stories need only be one sentence long: like the man in his forties who wept when presented his certificate after doing a course with our Falkirk team – he said it was the first exam he’d ever passed in his life. A simple one line story evoking great hope from a harsh reality.

“And then there was the story of the woman who cooked for her friend for the first time after completing one of our cooking classes – she said – “it felt so good for someone to eat food I had cooked – it seemed like anything was possible now.” We don’t need to know the details – we are nourished by the symbol of transformation in a single sentence.

“Sometimes it’s numbers that tell a story – when I tell audiences we provide 9,000 meals through 110 partner organisations a week using food otherwise destined for landfill, I can feel them getting angry and excited at the same time. No description, no detail, just a picture formed by three numbers telling of creativity and collaboration, our values and our commitments….

“People often ask me what my job entails – it is many things but at its heart it is to be a storyteller….retelling… stories which speak of what even the toughest reality can tell us about life, its fragility and its potential.”

Ewan has worked and volunteered in the charity sector for about thirty years. In 1995 he founded the Ripple Project, a diverse community action organisation that is still going strong.

He believes that poverty is not simply a matter of financial instability but one of inner well-being; that poverty grinds the soul as well as the body. Cyrenians’ philosophy of walking with those who are struggling, and sticking with them when they stumble, is what first attracted him to the organisation.

He often remarks how humbled he is by the people the charity journeys with, and how it is they who genuinely inspire and motivate him in all of his work.

This drive for equality, inclusion, and sense of community means that Ewan has a broad portfolio of organisations that he volunteers with.

Just days before his father’s funeral service Ewan wrote in the Edinburgh Evening News, reflecting on the man who had lived a full, varied and incredibly impactful life: “…what makes a good life; compassion, curiosity, care for others, good conversation; and the seeking of truth and meaning in all we do; a gift for which I am grateful.”

These words describe what drives Ewan, who always demonstrates a search for truth and meaning in his work, voluntary efforts and time spent with family and friends.  He is a person who models Cyrenians values, has extraordinary drive and energy, an exceptionally busy man, but one who has his priorities right, is proud of his family and work equally,  and makes sure neither are compromised.

The winner will be announced on 14 June 2018 and we will bring you the news as soon as we get it.