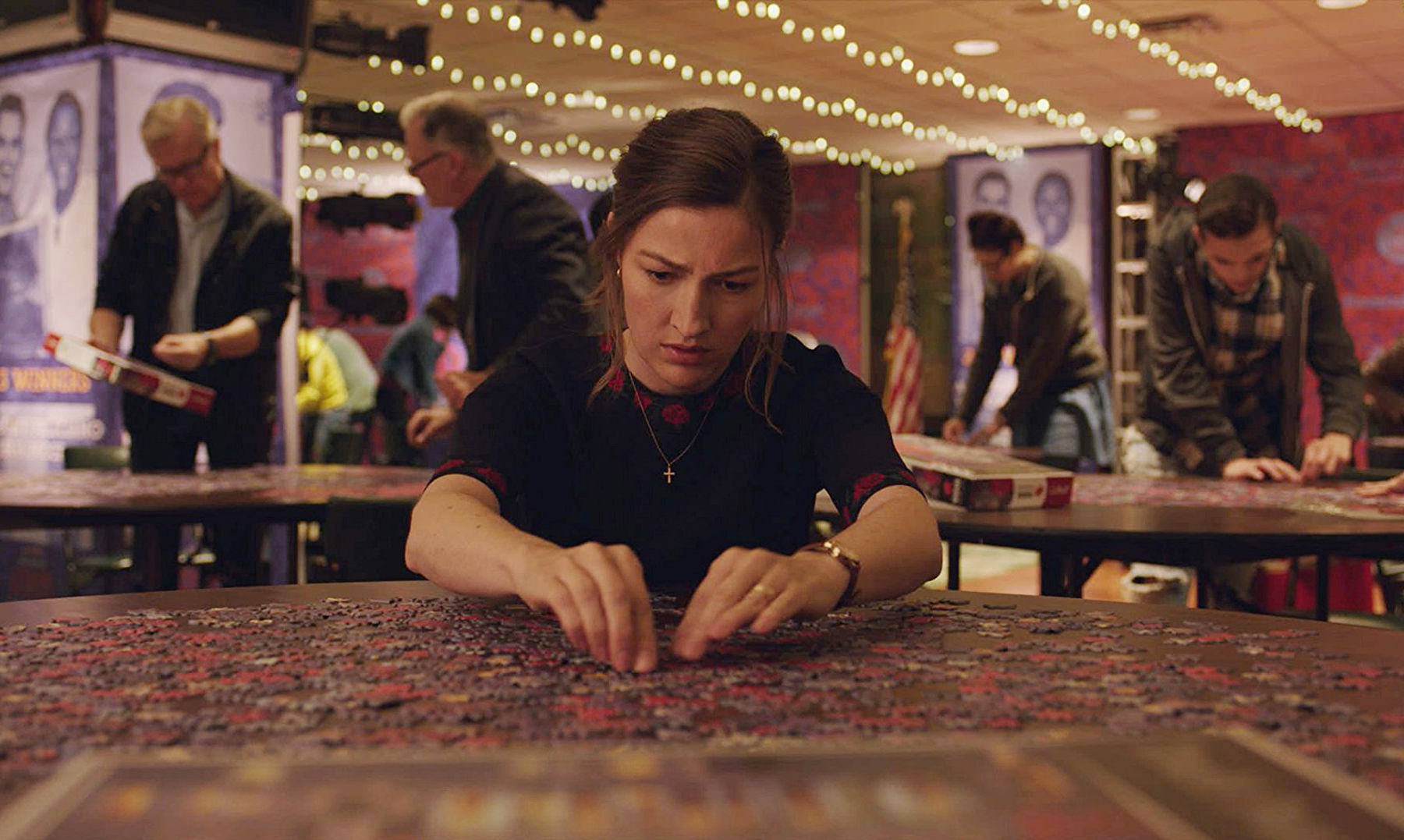 The International Premiere of Puzzle takes place on Wednesday this week 20 June 2018 at the Festival Theatre. Kelly Macdonald who stars as Agnes in the film will attend the premiere along with Director Marc Turteltaub.

Puzzle is the closely observed portrait of Agnes who has reached her early 40s without ever venturing far from home, family or the tight-knit immigrant community in which she was raised by her widowed father. That begins to change in a quietly dramatic fashion when Agnes receives a jigsaw puzzle as a birthday gift and experiences the heady thrill of not only doing something she enjoys, but being very, very good at it.

After years of concerning herself exclusively with the needs and wants of her husband Louie and sons Ziggy and Gabe, Agnes has found something that she wants to do. Stepping out of her domestic bubble to pursue her new hobby, Agnes meets Robert, a wealthy, reclusive inventor who immediately recognizes her talent and recruits her as his partner for an upcoming world jigsaw tournament.

Each day she spends out in the world, puzzling and conversing with Robert (Irrfan Khan), takes Agnes further along on the road to a new understanding of herself and her strengths. With that understanding come new insights and an assertiveness that finds her speaking out on her own behalf and pushing back against the assumptions and routines that have until now defined her role in her family. Ultimately, Agnes will decide for herself what comes next.