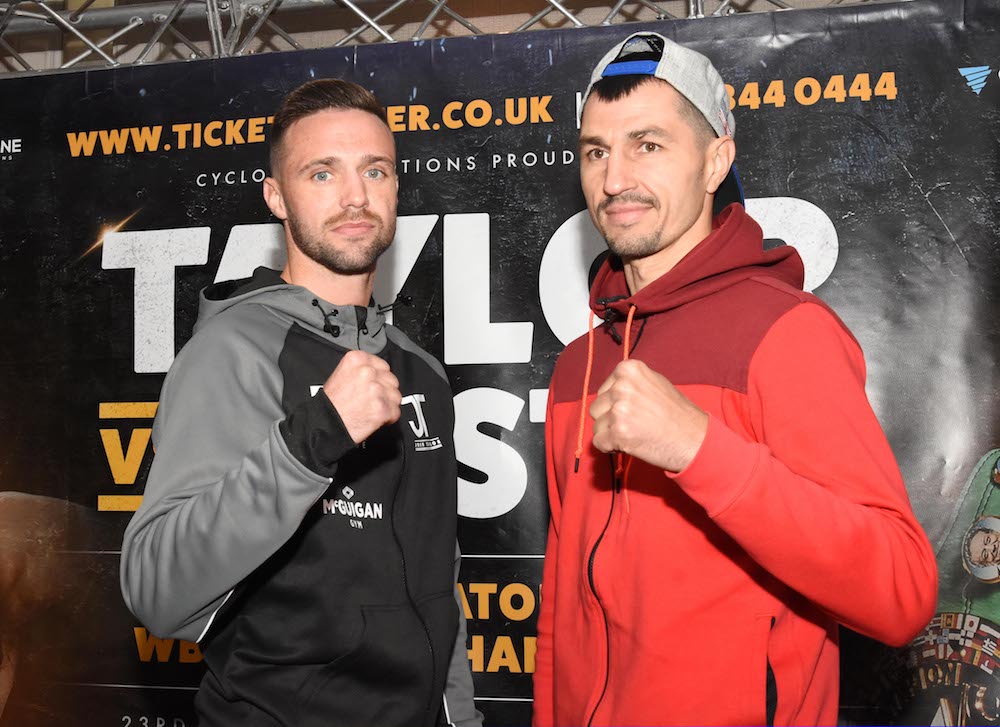 Josh Taylor took a giant step towards claiming a world title shot with a big points win over challenger Viktor Postol in a final eliminator in Glasgow.

The 27-year-old extended his unbeaten run to 13 fights by coming through a sticky patch mid-way through a tough 12-round contest.

The Commonwealth Games gold medallist dug deep and had his man down for a count of four in round ten.

The Prestonpans puncher had some tough moments in the engrossing fight with the battle-hardened, 34-year-old Ukranian.

Taylor said: “He was very awkward, more akward than I was expecting.He was sharper and stronger than I expected and it took me five or six rounds to get going.

“I had to change my tactics but started releasing my jab.”

Taylor admitted: “I was not at my best and I feel I can perform better, but Postol has been in with the best and I take a lot of confidence from the fight.”

He admitted the seventh and eight were difficult rounds but said: “I will learn from this.”

Promoter Barry McGuigan said that the winning margin was not as big as the scorecards suggested.

And he considered that Postol, who had fought 232 rounds against Taylor’s 47, was not over the hill and had produced a tremendous performance.

He added: “Josh has been a professional for three years. This was a risk (taking on Postol) but this was a real fight, a terrific fight.”

In the early part of the engrossing contest, Postol came forward, surprising experts, using his experience and picking off the Scot.

Luckily there were no cuts following a clash of heads but the Ukranian finished the round strongly.

Taylor started the second round on the offensive,. landing to head and body, but the challenger suffered a cut late in the round near the eye after a clash of heads.

Postol was working behind his left job leaving Taylor chasing, but the Scot landed a strong left to the head late in the round.

And the former world champion dictated the pace in the fourth round, catching Taylor with a telling left uppercut. And it was much the same in the next as Postol kept Taylor at distance.

The challenger started round six in the same fashion but Taylor caught him with a strong body shot and followed up with a heavy shot to the head.

Taylor kept on the offensive in the seventh and tagged his opponent with a left, but it was Postal who dominated after that.

Later, Taylor suffered a cut above his right eye as Postol moved forward with an upper cut and a big right hand to stun the Scot.

The man from East Lothian was then tagged by a stinging right from Postol in round eight and the challenger controlled the round before Taylor hit back with a combination.

A huge right hook landed on Postol’s head early in the next followed by a right hook to the body.

The crowd were on their feet after Taylor landed a flurry of punches, but Postol trapped the Scot in a corner and made him pay with a heavy shot.

Taylor has never been ten rounds as a professional and he entered now territory on the offensive. Near the end of the round, the man nicknamed The Tartan Tornado unleashed a straight left hand to the head and Postol crashed to the canvas for a count of four.

The crowd were on their feet as Taylor went for the kill.

Postol was tagged by a left hook to the head in the 11th but
he replied with a stunning combination and he ended the round strongly.

Taylor started the final round on the attack with a left to the head, but Postol kept his cool and the southpaw Scot went after his opponent.

Taylor worked behind his jab and it was toe-to-toe as the clock ticked down. 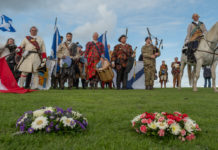 Remembering the Battle of Prestonpans with heritage harvests