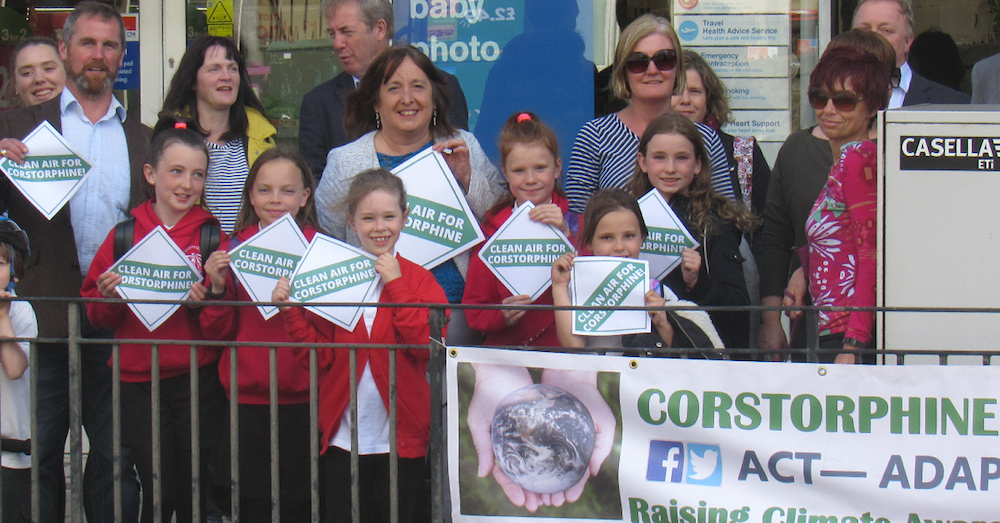 On Thursday it was Clean Air Day 2018 across the UK. Christine Jardine MP for Edinburgh West took the opportunity to launch a petition calling for improvements in the air quality in her constituency. She has tabled a motion in parliament.

Research undertaken by Friends of the Earth Scotland has shown that St John’s Road –  which runs through Murrayfield and Corstorphine – was the second most polluted street for nitrogen dioxide in Scotland in 2017.

It is estimated that air pollution is responsible for over 2500 early deaths every year in Scotland and costs the Scottish economy over £1.1 billion annually.

The petition welcomes Edinburgh City Council’s consultation into establishing a Low Emission Zone in the city, but calls on the Council to ensure that any future LEZ will cover Corstorphine, Murrayfield and Queensferry Road.

Speaking at the launch, Ms Jardine said: “I’m delighted to be launching our petition on Clean Air Day 2018.

“Air pollution from traffic fumes has a devastating impact on health, especially on children and people with existing health problems.

“Setting up Low Emission Zones in towns and cities can make a real difference in reducing vehicle emissions and improving the health of people growing up in polluted areas.

“Given that the west of Edinburgh is centred on two of the most polluted roads in the country, it is obvious that any future Low Emissions Zone needs to extend beyond the city centre.

“I encourage as many people as possible to sign our petition. We must show the Council loud and clear how important it is to residents that our area is covered by the LEZ, so that we can start to take concrete steps towards getting clean air for Corstorphine.”