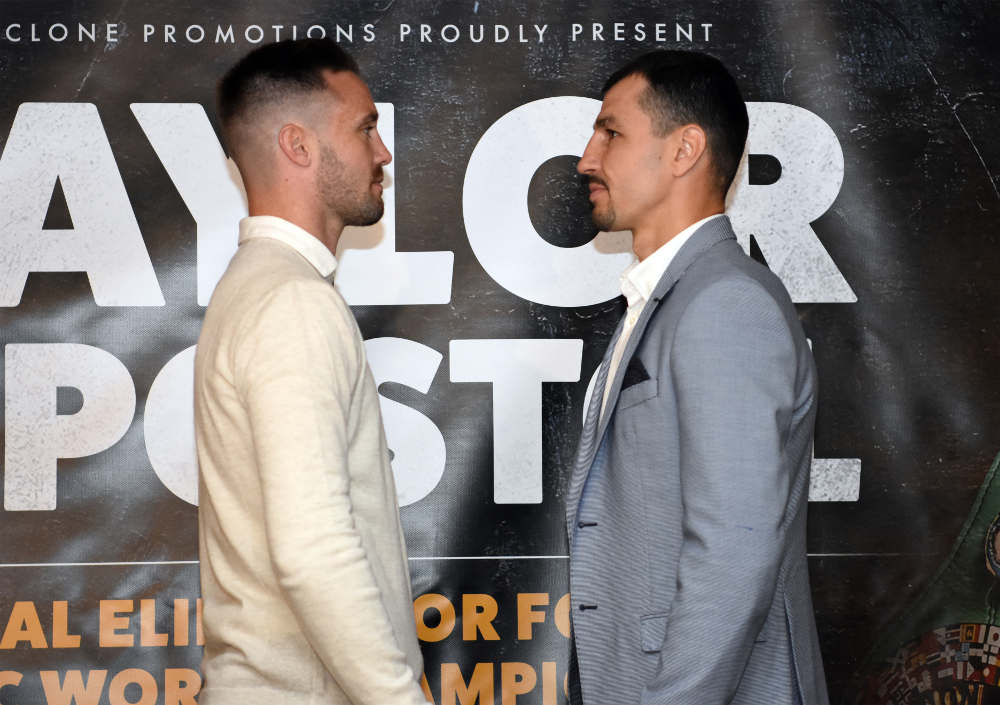 Josh Taylor put his bout with Viktol Postol in perspective at the pre-fight press briefing.

And the East Lothian southpaw agreed that the fight in Glasgow on Saturday was the biggest contest of his career so far.

However, the man nicknamed The Tartan Tornado, is 100 per cent confident in his ability.

And 27-year-old Taylor told Scottish fight fans: “I’m ready to go on Saturday. I can’t wait to go in there and prove a point, and show that I belong among the best in the world.”

Postol, however, is equally determined and he believes a win over Taylor will take him back into title contention.

He said: “I am determined to become a world champion again. I have fought in many big fights and even though I know it will be tough, I believe I have what it takes to beat Josh Taylor.”

Promoter Barry McGuigan confirmed that both men are in great shape.

And he revealed a host of young talent on the undercard.