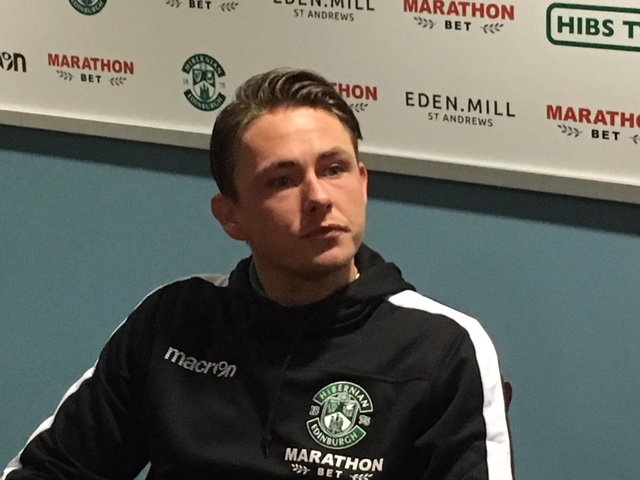 Hibs’ on-loan midfielder Scott Allan believes that his second spell at Easter Road has made him a better player.

His form since his January move has been excellent and the supporters have taken him to their hearts, particularly after scoring a sensational opener in the Edinburgh derby.

His future is unclear as he will return to parent club Celtic but as he is unlikely to feature under Brendan Rodgers many fans hope that Hibs can get him back to Leith.

With John McGinn linked to Celtic, many believe that Allan could be part of that deal however nothing is likely to be decided until they players return for pre-season training.

Speaking to Cliff Pike of Hibernian TV after Sunday’s incredible 5-5 draw with Rangers, Allan said: “As I have said numerous times, I have loved every minute here. I think I’ve became a better player since I came back a second time. I have added goals to my game and my work rate has improved under the gaffer (Neil Lennon)

“The fans have took to me again and that is a big plus.

“We know with the players here that we were good enough to finish second. There were a couple of games. We were 2-0 up at Kilmarnock with the chance to go three up and today we were 3-0 up so it’s disappointing looking back.

“The club has moved forward ten fold since I was last here. I think that’s down to the manager and Leeann (Dempster) and George (Craig) and most of all the players they have recruited and that’s massive considering where the club was.”