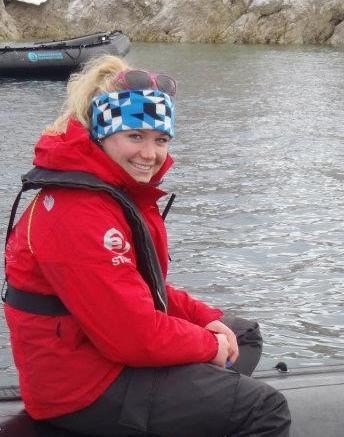 The Scottish Seabird Centre has announced the appointment of two new Trustees who are predicted to be among Scotland’s future leading conservationists.

To help celebrate Scotland’s Year of Young People, the charity promoted the opportunity for a young person to join its Board of Trustees. There were a significant number of very impressive applicants from across the country and it was therefore decided to appoint two young Trustees: Erin McFadden (a marine science graduate who lives in North Berwick) and Philip Taylor (an environmentalist and marine conservationist living in Fife). Announcing their appointment, David Windmill, Chair of the Scottish Seabird Centre, said: “We are absolutely delighted that Erin and Philip are joining us as Trustees. They both bring a wealth of skills, expertise and drive that will help us diversify our focus to explore the wider marine environment and highlight what needs to be done to address the many threats that our wildlife now face.”

Tom Brock OBE, Chief Executive of the Scottish Seabird Centre, added: “We look forward to working with Erin and Philip. They will both be great ambassadors for the Seabird Centre and, as part of our ongoing support for Scotland’s Year of Young People, they will play an important role in providing ideas to attract young people to the Centre and to engage with marine conservation ”

Speaking about her new role Erin, who has spent the majority of the past few years working in every ocean and diving in some of the World’s coldest and most remote seas on board expedition vessels in the Arctic and Antarctic, said: “I’m honoured to have been selected as a Trustee at the Scottish Seabird Centre.

“Growing up in Dunbar, with the Bass Rock visible from my bedroom window and the majority of my free time spent exploring the surrounding coastline, my decision to foster a career in marine science was made at the age of 12. By the age of 17 I knew my career had to be immersed in the marine world. As a Trustee, I look forward to helping the Centre build on its great work to inspire other young people just like me to continue to protect and conserve the marine environment for generations to come.”

Philip Taylor, who has extensive experience in both seabird and marine conservation, said: “As someone who is passionate about our marine environment and seabirds within it, it is a real honour to be part of the team at the Scottish Seabird Centre, especially as it moves to focus on wider marine issues. It is a very exciting time globally for marine conservation and the Scottish Seabird Centre has huge potential in this area.

“There are also great opportunities for the Centre to engage with more young people in telling the stories of our seas and I Iook forward to supporting them in doing this.”

The Scottish Seabird Centre’s Board of Trustees is responsible for the overall management and governance of the charity. It sets the strategic direction of the organisation and monitors performance. In their role as Trustees, Erin and Philip will both contribute to building on the Centre’s success, increasing its role in marine conservation marine conservation and environmental education.