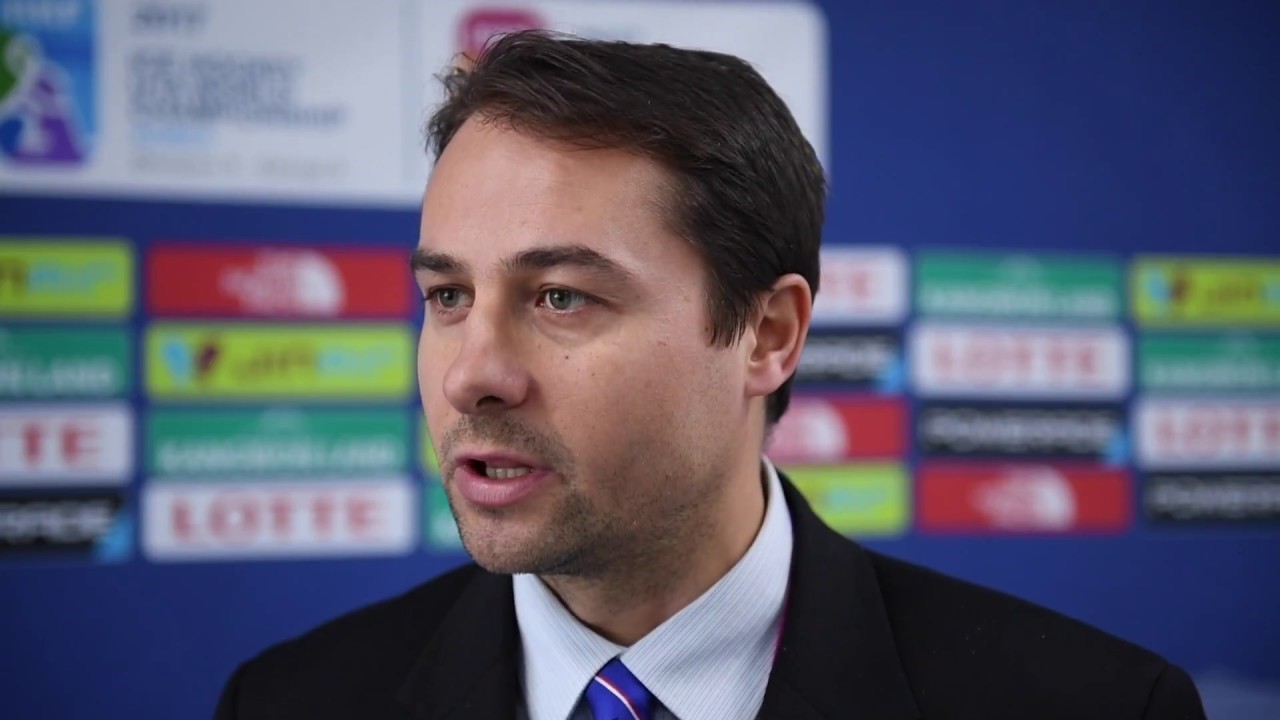 Edinburgh Capitals legend Martin Cingel says winning the gold medal with Great Britain (GB) under-18 squad in Estonia was one of the best moments in his career.

The Slovakian-born former forward was part of GB’s coaching staff last week as they won promotion to Division I, Group B, of the World Championship.

Cingel and Sean Easton were assistants to Tony Hand who stepped in at late notice as coach after the departure of Jeff Hutchins in January.

GB won three of their first four games – beating Estonia, Australia and Lithuania – to set up a dramatic final day in Tallinn.

Britain beat Korea 4-3 and with Poland dropping a point in their 4-3 overtime victory against Estonia, GB were crowned champions.

Edinburgh-based Cingel said: “It was an amazing experience and such a great feeling to win gold. I can safely say it was one of the best moments in my career.

“The boys worked so hard for it and so deserved their gold-medal success. The future of GB ice hockey is in good hands as there is some great talent coming through.”

He added: “It was great to work with Tony Hand who stepped in late on and the boys really responded to him.

“Tony did a brilliant job. He reads the game so well and manages the players excellently.

“The whole staff can be proud of what they achieved last week.”