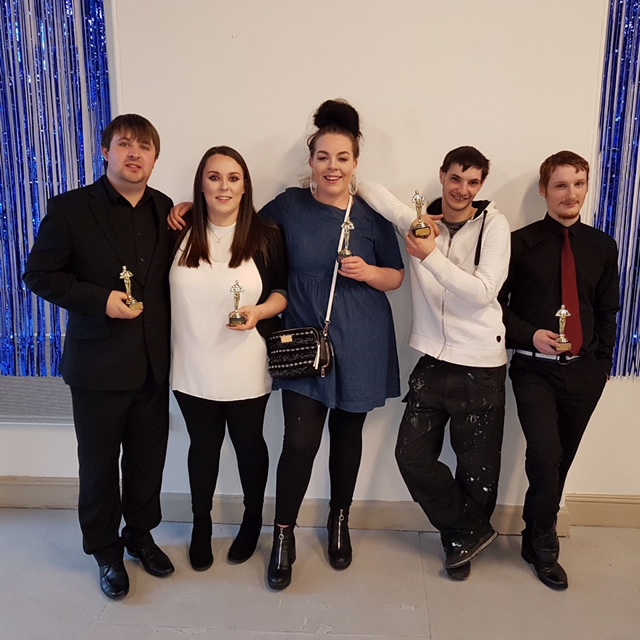 The night included a showcase of three short films made by the charity to promote their new fostering service. Young people supported by the charity worked with film makers from Daysix creative agency to create an advert to recruit foster carers which will be shown on STV next week; as well as two more films highlighting the need for foster carers and the difference the Trust makes in the lives of young people.

Over 70 people attended the evening, which included an Oscar style awards ceremony for those who took part in the filming, with Oscars for Best Actress/Actor amongst others as well as music from The Rock Trust. Craig, who took part in the project, said “It was great to get an Oscar and to see how many people came on the night to support us. Dean and Cauvin is like a family and it was a great party”.

Guests ranged from foster carers, care experienced young people, board members and members of the public. Feedback on the event has been really positive, one attendee, Barbara said “It was a fantastic event. We were totally blown away by it”.