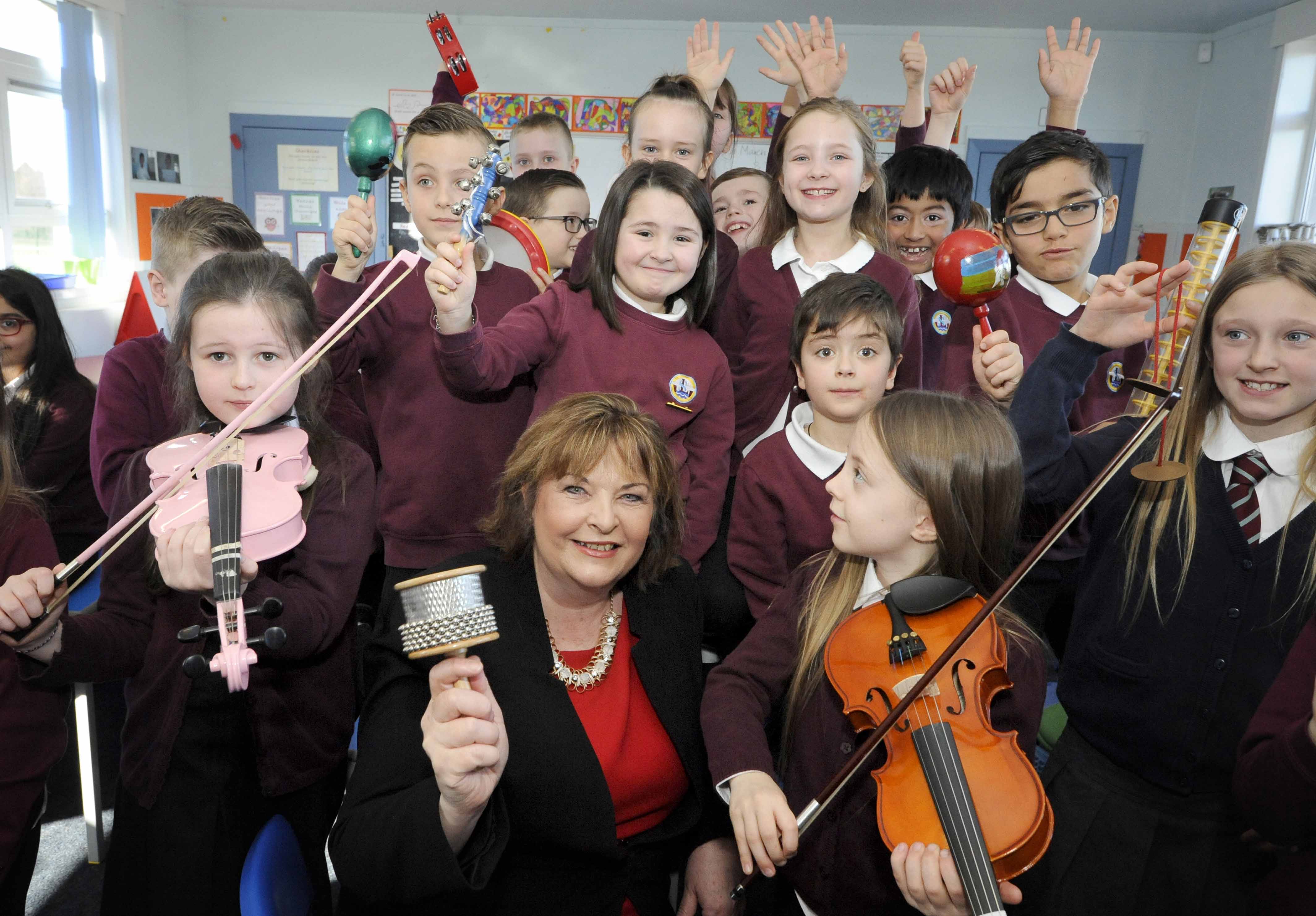 With her are pupils including on the left  Cailyn Angus and Chloe Lumb.
This announcement comes alongside the YMI Impact Report 16-17. Creative Scotland administers the Scottish Government’s YMI programme which works to create access to high quality music making opportunities for young people aged 0 – 25. This is particularly targeted at those who would not normally have the chance to participate, to enable young people to achieve their potential in or through music making and support the development of the youth music sector for the benefit of young people.