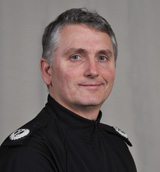 Police have launched a project aimed at targeting offenders involved in motorcycle activity, anti-social behaviour and criminality through the use of SelectaDNA’s tagging spray.

The handheld tagging spray is designed to deter and detect criminal behaviour, such as motorcycle enabled crime and disorder.

It will be aimed by officers at bikes, clothing and skin of any riders and passengers with a uniquely-coded but invisible DNA that will provide forensic evidence to link them to a specific crime.

When someone has come into contact with the solution, officers can later carry out follow up with the offender with handheld lamps to detect the product on the person, clothing and footwear.

The spray will be deployed by Police Scotland’s officers in Edinburgh, which will be the first time the spray has been used in Scotland, in this way.  It has previously been successfully used to trace suspects by forces in England, including the Metropolitan Police, West Yorkshire Police, West Midlands Police and Merseyside Police.

The spray is deployed as a very fine mist which does not cause any harm or damage whatsoever to skin, clothing or property.

Even if offenders evade officers at the time the spray is deployed, they can later be forensically linked to the scene of the crime days and weeks later, as the solution does not wash off clothing, bikes or skin.

Officers in Edinburgh have been activity tackling illegal motorcycle activity and disorder across the city for a number of years.  This has been most notably through Operation Soteria, Police Scotland’s response to motorcycle criminality in Edinburgh.

Police have deployed a number of tactics to combat this behaviour and this tagging spray will be welcome additional tool for officers to deploy.

Assistant Chief Constable for Local Policing East Wayne Mawson said:  “Illegal motorcycle activity has been an ongoing issues within Edinburgh communities for some time and the addition of SelectaDNA’s tagging spray will help us to both deter and detect this type of behaviour.

“SelectaDNA’s tagging spray can be sprayed by officers at bikes, clothing and skin of any riders and passengers, resulting in a uniquely coded but invisible dye, which can only be detected through special lights owned by police.

“It is essential that the public in Edinburgh continue to work with us to apprehend those taking part in anti-social behaviour and hold them to account.

“If you wish to report crime in your area, you can do so by speaking to police in complete confidentiality via 101, or by phoning Crimestoppers on 0800 555 111.

“By working together we can tackle anti-social behaviour and bring those responsible to justice.”