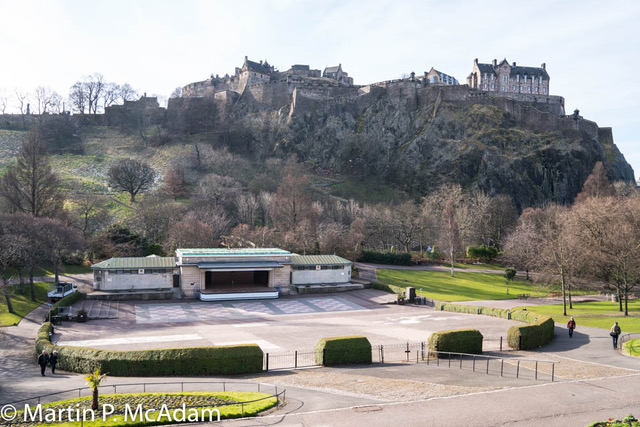 The Culture Committee met this afternoon and discussed what they will do to move the project to replace the Ross Bandstand forward.

As we explained earlier, fundraising has come to a standstill until such time as the governance arrangements for any new building are put in place. The project began when businessman Norman Springford pledged £5 million to the city, on the understanding that the balance would be raised by asking for donations from individuals or organisations.

The Ross Development Trust (RDT) is a charitable body set up in 2016 to oversee the process. Despite the international design competition which was run last year there has been no real fundraising as yet, since the trustees of RDT came up against an obstacle when speaking to donors.

The difficulty was that the donors wanted to know who would run the building after it was completed. The development agreement entered into between the council and the RDT simply took matters as far as the building phase. At today’s meeting the council was asked to look at setting up an arms length body (an Arms Length External Organisation or ALEO) which would take over the running and programming of the new bandstand. Councillors were united in deciding that they will delay making such a decision until May, when they hope to have more detailed information.

Culture Convener Donald Wilson opened the matter by agreeing a proposal from the Green Group to delay the matter until May, saying : “The crux of the matter is a decision about the ALEO.

“I am quite confident that the report which will come back will have full details in it.

“I am content that we accept the amendment unaltered as it will give us the confidence and time to discuss with local community councils, the Cockburn etc so that we know that we are guaranteeing undiminished access to the gardens.”

In fact Cllr Wilson put forward a small amendment to ensure that not only will public access to the gardens be maintained, it could even be improved or extended.

Paul Lawrence Director of Place introduced today’s report referring to the presentation by the Ross Development Trust at the January meeting. He said it is now the case that councillors must agree the direction of travel as regards governance of the building and there is a clear intent to put an ALEO in place.

But he wanted to make it crystal clear that recent press reports suggesting the gardens would be owned by some third party were not true. He explained : “The gardens will never move into private ownership at all. This was never an option.”

He did concede that those giving money to the project need to know that their money will be well spent.

He continued : “This arms length company will have charitable status and will be governed by an instrument drafted by the legal team.

“The detail of the constitution would be thrashed out at that stage. We need to do a lot more work still.”

Councillor Max Mitchell pointed out that the report does not say that there will be any private ownership of the gardens, and Cllr Hal Osler said she thinks it is important to ringfence the money raised to spend it on the maintenance.”

Cllr Miller Green councillor for City Centre  reemphasised that the amendment her group had proposed  responded to the council report and not recent press coverage, saying : “We value the common good land and we recognise the responsibility to the people of Edinburgh to protect that.

“I am very pleased today to have gained agreement for more detailed analysis of how we manage any philanthropic investment in Princes St Gardens and the Ross bandstand.

“We are all aware of the enormity of our responsibility for this world-renowned common good asset that we maintain on behalf of our citizens. It’s paramount that the future of the gardens, the bandstand, the fountain and the gardener’s cottage are all safeguarded for generations to come.”

Cllr Wilson and Cllr Staniforth both stated that the recent press coverage was very unfair, and they have spent a lot of time in recent days explaining that the council was not about to give up ownership of the gardens.

Councillor Wilson concluded : “People are right to be concerned. It is one of our greatest assets and we must be very careful with it.”