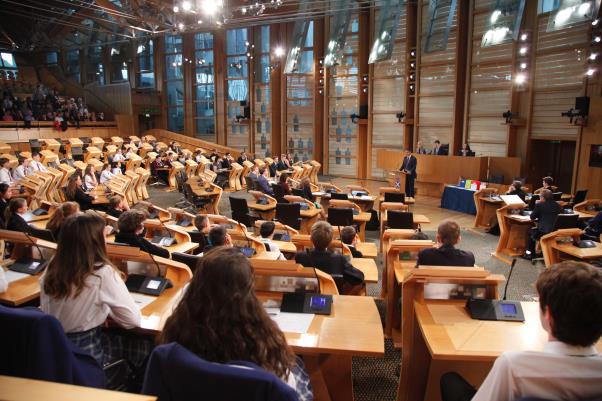 Pupils from the Royal High and Clifton Hall schools have got through to the semi-finals of the debating tournament run by the Law Society of Scotland.

128 teams took part in the opening rounds of the Donald Dewar Memorial Debating Tournament and now the competition has been whittled down to the final 16.

The topic in the first round was whether monuments to controversial figures should be removed.

At the next stage the team will only get an hour to prepare on a topic previously unseen before beginning to compete.

Lyndsey Thomson, Careers and Outreach coordinator at the Law Society said, “The Donald Dewar debate is an absolutely fantastic initiative and a real pleasure to be involved with.

“It offers unique and developmental experiences for our young debaters who are of course, one hundred per cent focused on making it to the grand final in the debating chamber of the Scottish parliament.

“The debaters will get sight of the motion just one hour before the semi-final debate kicks off.  They won’t have any access to newspapers, computers or smartphones in that final hour, which is a real challenge for our young debaters.  I can’t wait to hear what they have to say.”

The semi-finals of the competition will be held in Scottish schools tomorrow Tuesday 20 March and the final will take place in the debating chamber of The Scottish Parliament on Thursday 7 June.

First prize is £1,000 from the Law Society with a runners up prize of £250 from the Glasgow Bar Association. Sponsors are solicitors TC Young and publishers Hodder Gibson. The top two schools will share educational books to the value of £500 donated by Hodder Gibson and the winner of the best floor speech will receive a £50 book token.