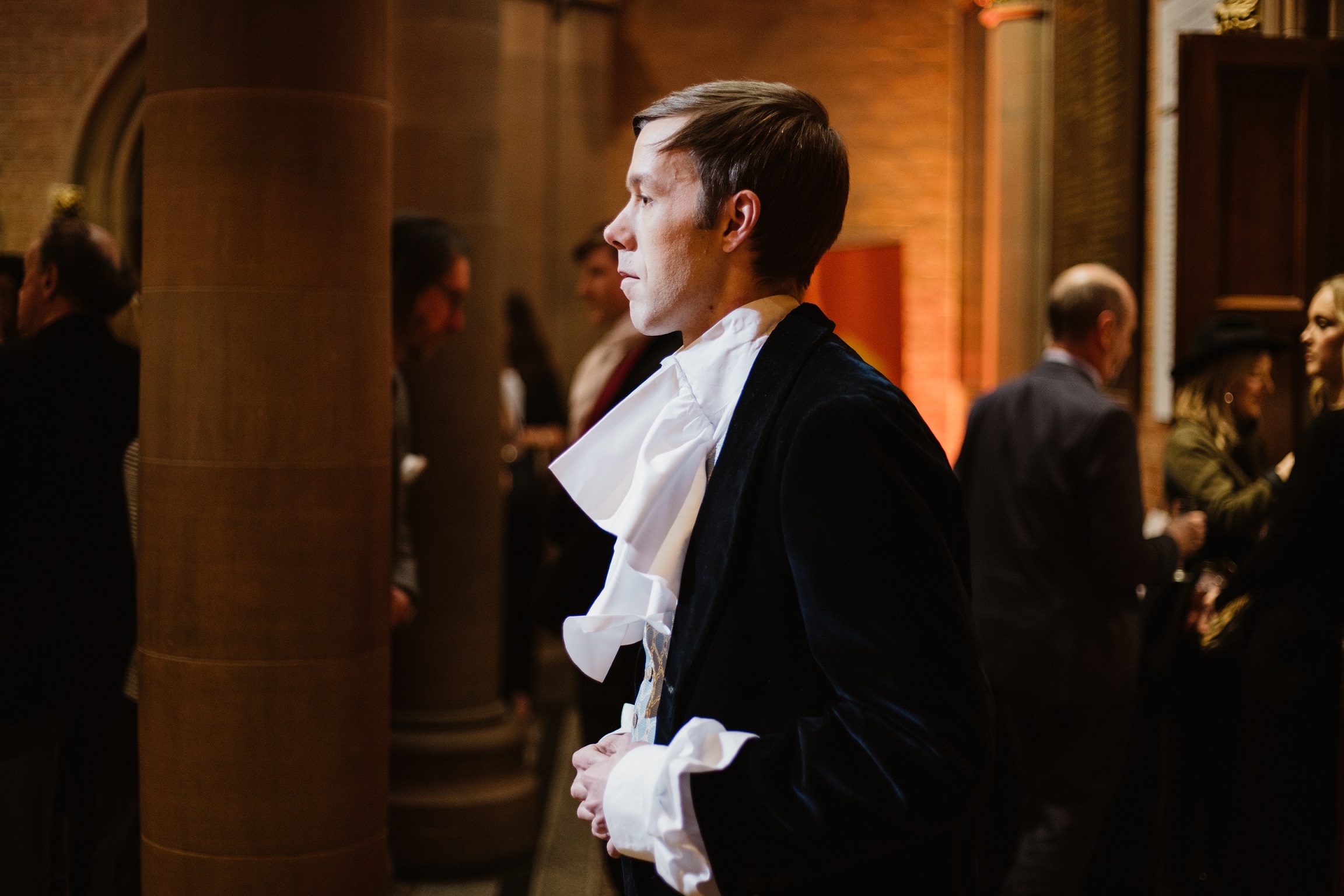 Arthur Conan Doyle, Flora MacDonald and William Wallace were given a new look by fashion students at Edinburgh College along with Edinburgh-based Stewart Christie & Co from Queen Street.

Photographer Laura Meek captured the characters at the Scottish National Portrait Gallery during Creative Legends an event organised by VisitScotland.

The characters were chosen to reflect the country’s achievements in areas such as education, arts, literature, medicine and politics.

The invite only event raised funds for Maggies and video footage will be used in the Legends campaign which is the new Visit Scotland business event campaign launched last November. The digital campaign shows off the Scottish legacy on invention, research and knowledge and will change themes every two months using original content, blogs and videos from leaders in each field.

Fiona MacKinnon, Assistant Business Events Manager at VisitScotland, said: “It seems appropriate that just as Scotland has a proud legacy of innovation, the creative sector takes such an innovative approach to highlighting the country’s achievements in arts, science and politics through some of its most prominent figures.

“Legends provides a strong platform for the industry and demonstrates the importance of business events to innovation, research and Scottish tourism.

“We were delighted to collaborate with Stewart Christie & Co and the other partners in producing Creative Legends, celebrating our heritage in such a unique way whilst giving the next generation of designers a chance to shine.”

Vixy Rae, Creative Director of Stewart Christie & Co, said:“It has been such a wonderful opportunity to bring together so many creative ideas and so many talented individuals for this special evening with VisitScotland.

“We are celebrating both the heritage of craftsmanship, and the innovation of creative talent from Stewart Christie and from the Edinburgh College.

“The collaboration with the Edinburgh College has been something which Stewart Christie are extremely proud to be involved in. We realise there needs to be support from the business sector to inspire young people in their studies. We feel it is important to have their work recognised and appreciated from an outside perspective too.

“The Creative Legends event brings together so many different aspects of tailoring and garment making, giving a historical reference point to all the ideas and mixing them with a modern twist.

“Having William Grant & Sons sponsor the event brings an extra dimension to the evening, stimulating the real wealth of Scottish heritage and taste.”