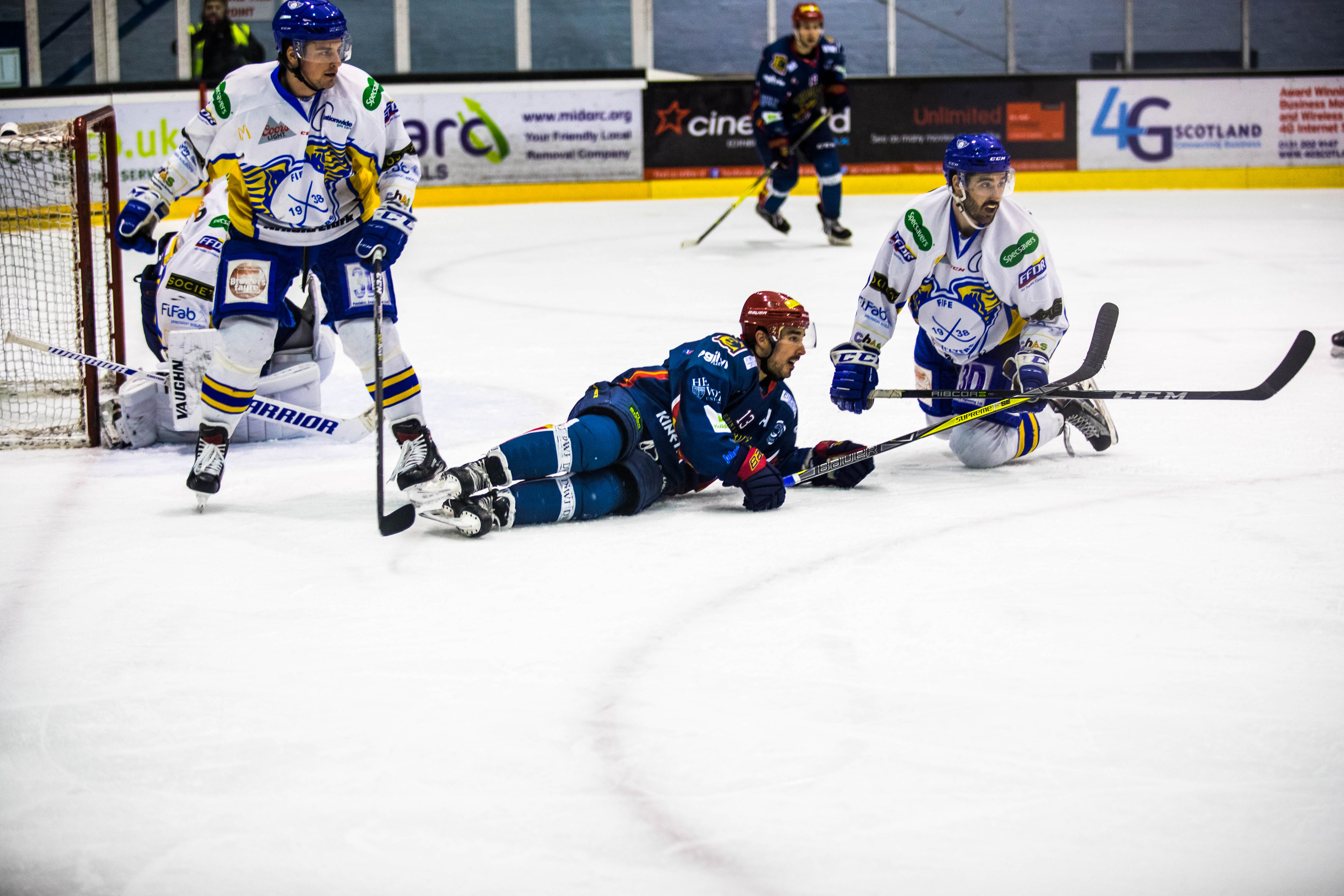 And Capitals have not come close to causing an upset against Fife at Kirkcaldy so far this term.

A 6-2 defeat was followed by a 10-1 hammering and the third meeting between the arch rivals ended 6-2 in favour of Fife.

Both teams, however, come into the game on the back of big defeats. Fife lost 8-1 at fifth-placed Sheffield Steelers on Sunday.

At the same time, Capitals were gunned down 10-1 by Nottingham Panthers, a side edged 5-4 by Fife after a penalty shootout at The Fife Ice Arena last Saturday.

Fourth-placed Fife are 49 points better off than Edinburgh having collected 60 points from 44 games.

Capitals have played 46 games and are out of play-off contention with only 11 points.

It’s been a nightmare season for Capitals who are now under co-coaches Jock Hay and captain Mike D’Orazio.

And Dutiaume does not want to become a prized scalp for the Murrayfield men who edged then second-placed Belfast Giants in Northern Ireland recently.