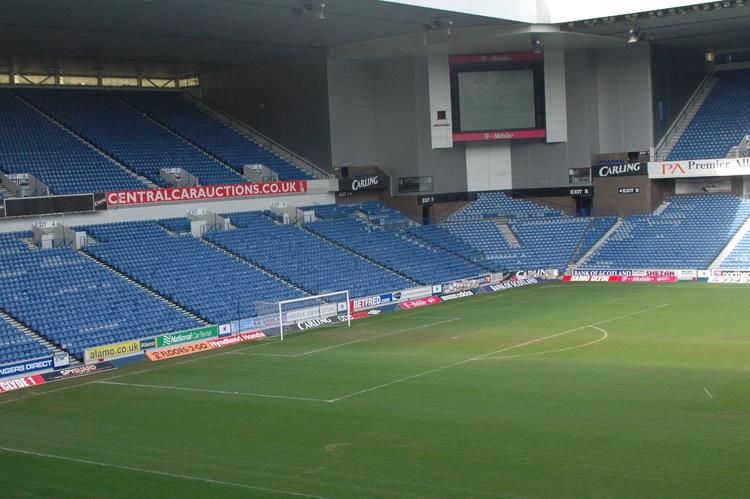 Hibs completed a memorable double over Rangers this afternoon with their second league victory at Ibrox this season.

Lennon was then forced to replace Brandon Barker who went down injured in the sixth minute and was unable to continue with Jamie MacLaren.

Two minutes later he had the ball in the net after turning in Florian Kamberi’s cross at the back post however, he was adjudged to have strayed just offside, and the ‘goal’ was disallowed.

Rangers fought back and Hibs had Ofir Marciano to thank with a fantastic double save from Josh Windass and Jamie Murphy.

In the 30th minute Porteous produced a superb tackle to deny Alfredo Morelos.

Hibs eventually took a deserved lead shortly before the break when John McGinn won the ball in the centre circle then drove forward before firing a sensational low strike into the bottom corner of the net from 25 yards to the delight of the travelling supporters.

Both sides had chances with play raging from end to end.

Rangers had the ball in the net in the 63rd minute after Morelos headed in a James Tavernier free kick only for his celebration to be cut short by the offside flag.

Jason Cummings replaced Jason Holt and the former Hibs’ striker entered the field to a huge reception from the home fans.

The hosts finally equalised when Sean Goss scored from a free kick which rebounded off the underside of the crossbar behind the line.

The Rangers fans were still celebrating when Hibs were awarded a penalty kick after Allan was brought down inside the area.

Hibs’ usual penalty taker had been Anthony stokes who left the club in midweek so substitute Maclaren took the responsibility and scored his first goal for the club.

Despite pressure form Rangers, Lennon’s men held on to secure a famous victory which leaves Hibs two points behind the Glasgow side.

After the game Lennon told BBC Scotland “It’s up there in my managerial career with the Barcelona result. Just under the circumstances, the injuries that we had.”

“But the new boys had another excellent game, Scott Allan was fantastic and we really played some good football, especially in the first half. I couldn’t be more proud of my team. To go there when Rangers have their tails up and play so strongly is fantastic.

“[MacLaren’s] movement was excellent and his link-up play with [Florian] Kamberi was very good, considering they haven’t played together before. He’s smart, he’s intelligent, and he took the responsibility of the penalty as well, no-one was getting the ball off him.

“He’s a little bit undercooked still in terms of football, but he can be delighted with his contribution. The players are off until Thursday now and it’s a well-deserved rest. They’ve covered themselves in glory this week.”