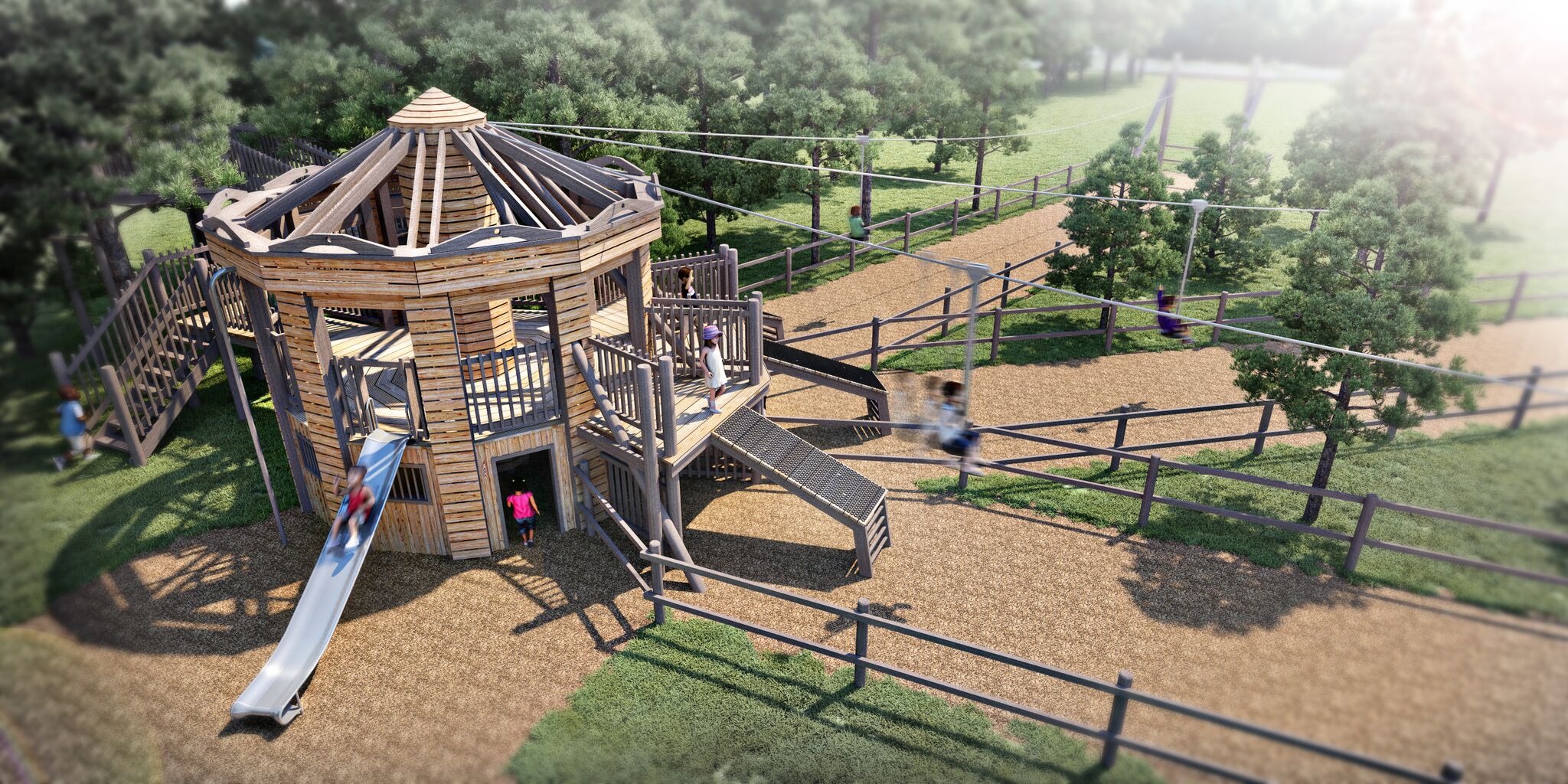 Midlothian Council gave the go-ahead for Dalkeith Country Park’s expansion to its playground before New Year and now work has officially begun.

The first phase of the £300,000 plans is underway including a new structure inspired by the Park’s nineteenth century Orangerie, complete with zip wires. Young adventurers will also be able to scale a new high-rise walkway linking the new construction with Fort Douglas’s existing treehouse. Dalkeith Country Park’s Commercial Director, Remko Plooij, said: “We’re delighted to see work begin on the first stage of our exciting plans to expand Fort Douglas. We have been open for 18 months, so it’s the perfect time to develop the playground even further.

“The new structure will no doubt prove exceptionally popular. Fort Douglas has welcomed more than 175,000 youngsters since opening and our plans coming to fruition will ensure that people of all ages can enjoy the Park throughout the year. As we expand we look forward to welcoming even more visitors from the region and further afield.”

The developments, which have been brought to life by Dalkeith Country Park’s owner, Buccleuch, and playground specialists Capco, are aimed at older children – and even grown-ups who are young at heart – so families can enjoy more time together at Fort Douglas. Fort Douglas was originally created as part of Buccleuch’s £8.9million investment in Dalkeith Country Park, which also included the redevelopment of the 18th century stables and courtyard into a truly unique retail, food and wellbeing destination, Restoration Yard.

Fort Douglas playground will remain open for the duration of the works, which are expected to be completed by Easter.