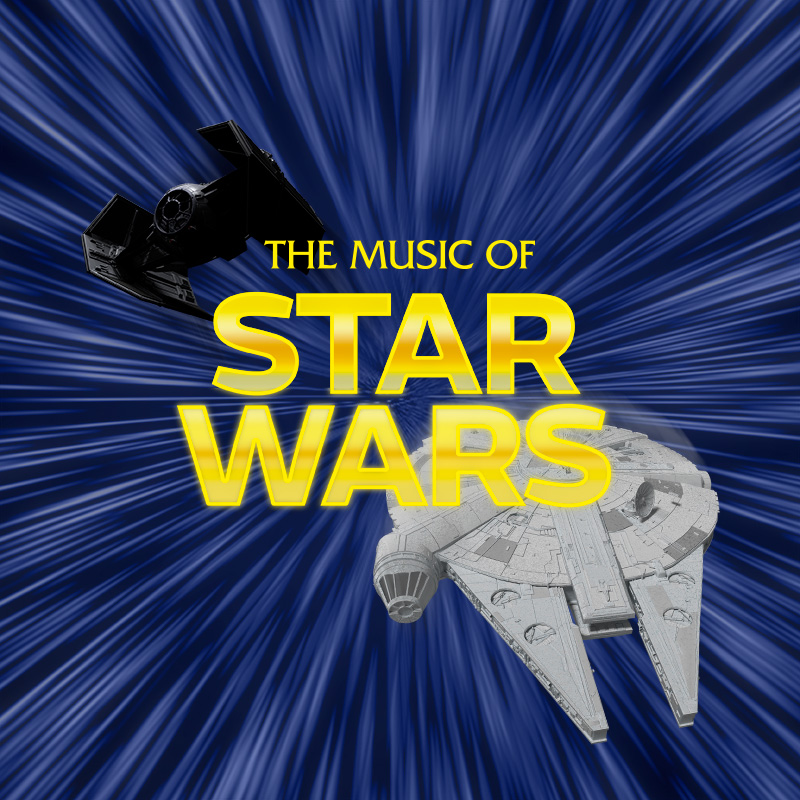 The Royal Scottish National Orchestra (RSNO) will be one of the first orchestras to perform the music of the latest Star Wars film The Last Jedi live next month, when it celebrates the canon of music associated with the most popular science fiction series of all time, to audiences in Edinburgh, Glasgow and Perth.

Composer John Williams will conduct the world premiere of a new suite of music from The Last Jedi with the San Diego Symphony Orchestra on Wednesday 31 January and the RSNO, with conductor Richard Kaufman, will present the European premiere of music from the latest Star Wars film on Friday 2 February at the Usher Hall.

In addition to the music from the last eight Star Wars films, including one of the first live opportunities to hear themes from the latest movie The Last Jedi, the RSNO will perform selected works from John Williams’ score for Superman, which marks its 40th anniversary this year.

John Williams’ career spans six decades. He has written music for some of the most popular and recognisable scores in cinematic history, including the Star Wars series,Jaws, Close Encounters of the Third Kind, Superman and Indiana Jones. Williams has received numerous awards, including five Oscars, and has received fifty-one Academy Award nominations, more than any other living person and the second most nominated person of all time, behind to Walt Disney. In 2005 the American Film Institute selected Williams’ music for the original Star Wars movie as the greatest American film score of all time.

Richard Kaufman, who was previously a violinist in John Williams’ Orchestra and appears on many of the original soundtracks, has been the RSNO’s go-to maestro for its film programmes over the past five years and has developed the live film music strand as one of the Orchestra’s most popular series of concerts.

Conductor Richard Kaufman: “John Williams is certainly the greatest living film composer and, without question, is also one of history’s finest creators of film music.  In the grand tradition of legendary film music composers including Steiner, Waxman, Tiomkin, Herrmann, Newman and only a few others, John Williams’ music is consistently the primary reason for a film’s success.  Just imagine Star Wars, Jaws, E.T., Indiana Jones, Schindler’s List, Harry Potter, and so many other movies without the extraordinary musical contribution of John Williams!

“With now 51 Oscar nominations, the latest for his score to The Last Jedi, and with the unanimous respect and affection of the entire Hollywood community and audiences around the world, John has made a profound and lasting mark on film history.  And most importantly, he has done it all with humility, gracious appreciation, and dignity. When John’s music is performed by the ladies and gentlemen of the RSNO, it’s not merely a concert…it becomes an exciting musical event to be cherished by all who have the unique opportunity to experience some of Hollywood’s most memorable film music played by one of the world’s greatest symphony orchestras.”

Published by Variety Magazine earlier this month, actor Mark Hamill, who has played the role of hero Luke Skywalker since the first Star Wars film in 1977, recalled hearing John’s music for the first time: “Tears were streaming down my face,” he says. “I was so overwhelmed, so moved, so delighted. He elevated our modest little movie into an epic. We owe him so much. Aside from George Lucas, nobody deserves more credit for the success of those films than John Williams.”

The Music of Star Wars (sponsored by Capital Document Solutions) is at the Usher Hall, Edinburgh on Friday 2 February (7.30pm).