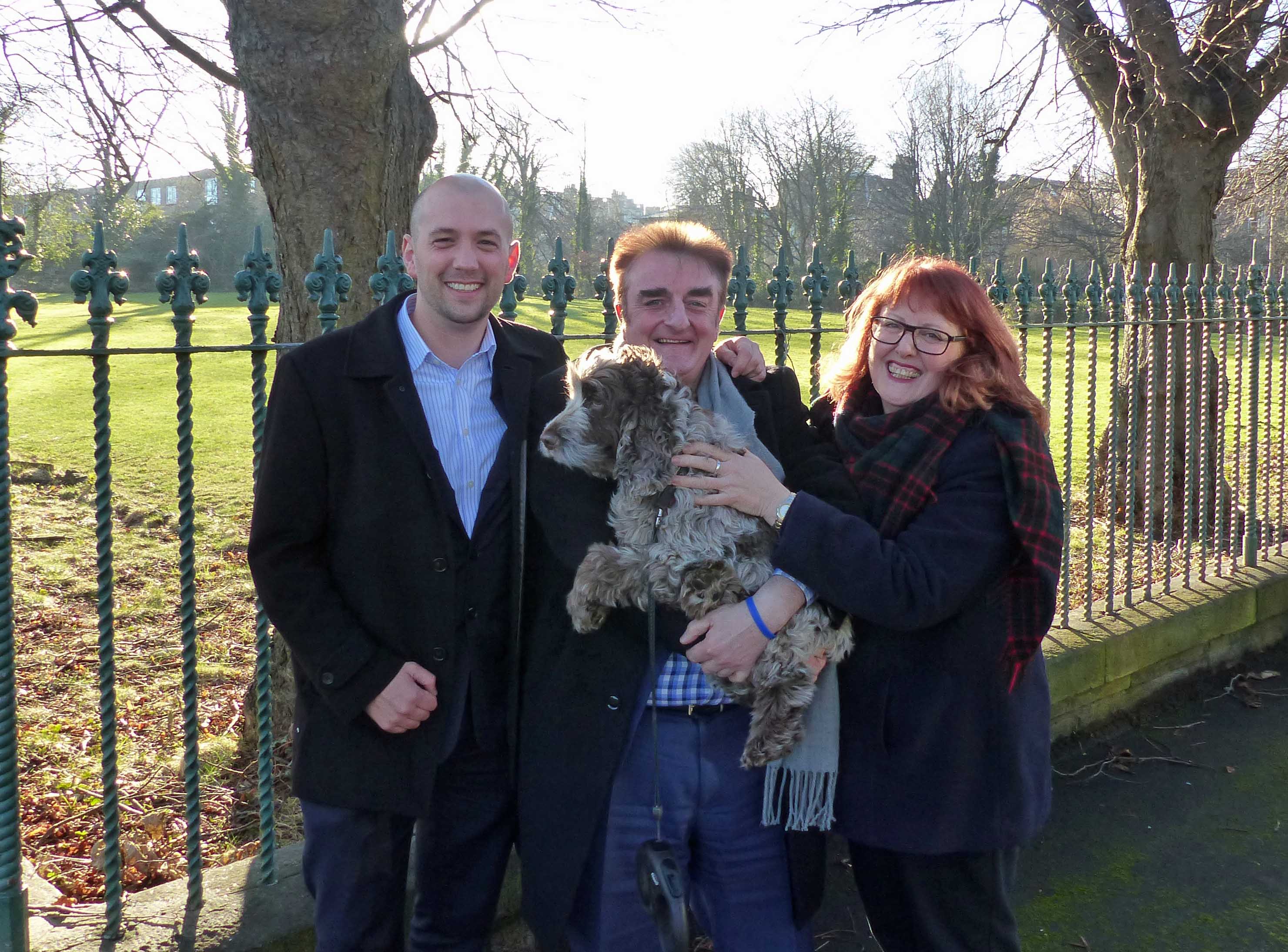 Edinburgh’s  SNP politicians are calling on the Tory government at Westminster to use its reserved powers to ban the sale of electronic shock collars across the UK.

Leading animal welfare groups united this week to praise the SNP Scottish Government’s decision to use its devolved powers to introduce a “prompt and effective” ban on the use of shock collars and other forms of harmful electronic training devices for dogs.

The British Veterinary Association described the Scottish Government’s announcement as “a real win for animal welfare”.

The campaign’s focus is now firmly on Westminster, with the Tory UK government under growing pressure to use its reserved powers to ban the sale and distribution of electric shock collars and end their use for good.

Ben Macpherson and SNP MPs, Tommy Sheppard and Deidre Brock, have launched a Westminster public petition calling for the UK Government to “ban the sale of shock collars and other harmful electronic training aids” for dogs. The petition is available to sign at all three of the politicians’ constituency offices, and an online petition will follow shortly.

Commenting SNP MSP, Ben Macpherson, said: “I’m delighted that the Scottish Government is introducing a prompt and effective ban on the use of electric shock collars and other electronic training devices that can cause pain or distress to dogs – these devices are capable of causing suffering, and fully banning their use in Scotland is absolutely the right thing to do.

“However, this positive action from the Scottish Government isn’t the end of the matter – the power to ban the sale of shock collars lies at Westminster and now it’s time for the UK government to step up and do the right thing. It’s time for the Tories to introduce a UK ban on the sale and distribution of these cruel devices, and also to follow the examples set by Scotland and Wales and ban the use of shock collars in England.

“On the back of yesterday’s good news from the Scottish Government, I will now continue to work with animal welfare organisations and SNP colleagues at Westminster to push the UK Government to play its part and ban the sale of shock collars across the UK.” Tommy Sheppard, said: “I very much welcome the Scottish Government’s ban on the barbaric use of electronic shock collars on dogs and congratulate my colleague Ben Macpherson MSP and fellow campaigners on their success. But responsibility for the sale of such devices lies with the Tories in Westminster so we now need to turn our attention to London. It’s vital they follow the example set by Scotland and Wales and ensure there is an outright ban on the sale and use of such collars across the UK.”

Deidre Brock, said: “There’s loads of evidence that positive reinforcement works better than punishment for training – dogs love their tucker and react to rewards. Zapping them with an electric shock is like something from medieval times, let’s end the sale of these devices now. It’s good to see the Scottish Government taking a lead on this – if you’ll pardon the pun – and hopefully the UK Government will do their bit too.”