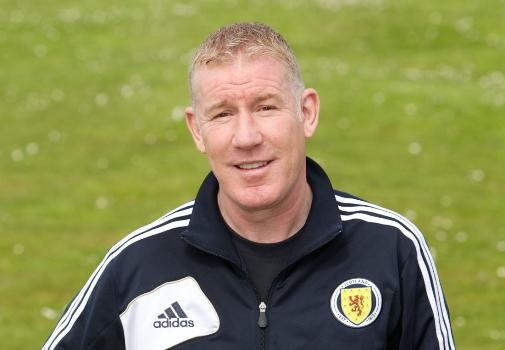 He replaces Greg Miller in the role, and is a well-known figure in Scottish football after a successful playing career.

The Edinburgh born Hibs’ fan led the club to League Cup success as well as winning a Scotland cap during his spell at Easter Road.

He later succeeded Craig Levein as boss of Cowdenbeath.

A hugely popular and instantly recognisable figure locally, Keith now has the opportunity to help shape the Scotland stars of tomorrow.

He said: “It’s a new challenge for me and one I’m really looking forward to taking on.

“I appreciate the chance I’ve been given to work with these elite young players, and I want to do my best to help them fulfil their potential.”

Malky Mackay, Scottish FA Performance Director, said: “I am delighted to welcome Keith to his new position within the Scottish FA.

“It is important that our most talented young players work with the best coaches and Keith is certainly in that bracket.

“From his experience as a player to his obvious enthusiasm and expertise as a coach, I’m confident he can help the participants achieve their potential.”