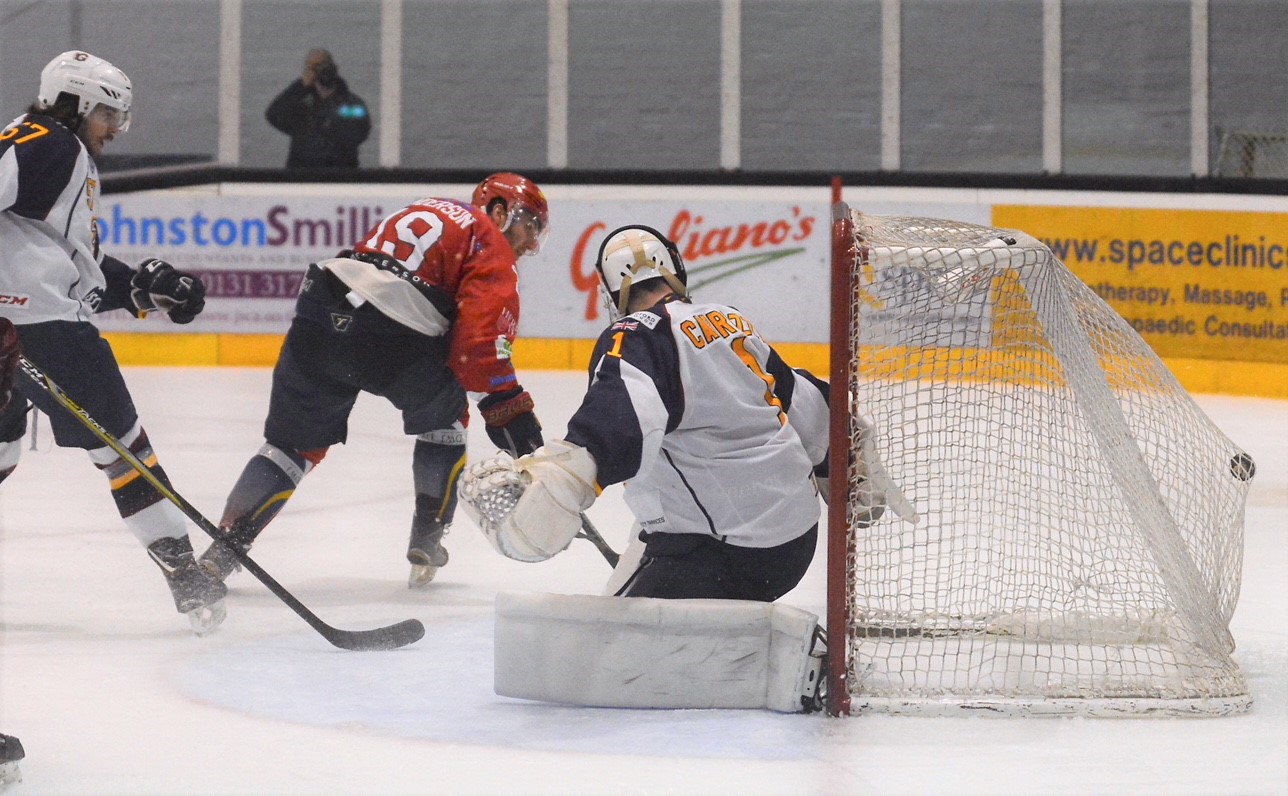 Jock Hay hopes to get some players back from illness and injury in time for Saturday’s Elite League trip to Kirkcaldy (face-off 7.15pm).

The former Murrayfield Racers legend was disappointed only to earn one point from last weekend’s double-header with basement rivals Dundee Stars.

Hay, a former Great Britain international, was pleased with the effort shown by his squad, particularly as it was so depleted.

However, he wants the squad to move the puck quicker. If they do then opposition teams, he argues, will not be able to set themselves up defensively.

Hay believes that if the players exhibit that level of concentration and commitment that they showed last weekend then improved results will follow.

Fife are coming off a 7-0 thrashing in the Challenge Cup quarter-final, second-leg at Belfast Giants on Tuesday.

But Todd Dutiaume’s men have won their last seven league games and have already logged 6-2 and 10-1 wins over Capitals at The Fife Ice Arena this term.

They are third in the highly-competitive, 12-strong division with 42 points from 28 games.

In contrast, Capitals have seven points from 32 outings and have lost their last 14 league fixtures.

It’s a massive gap but Hay and the squad are up for the challenge.