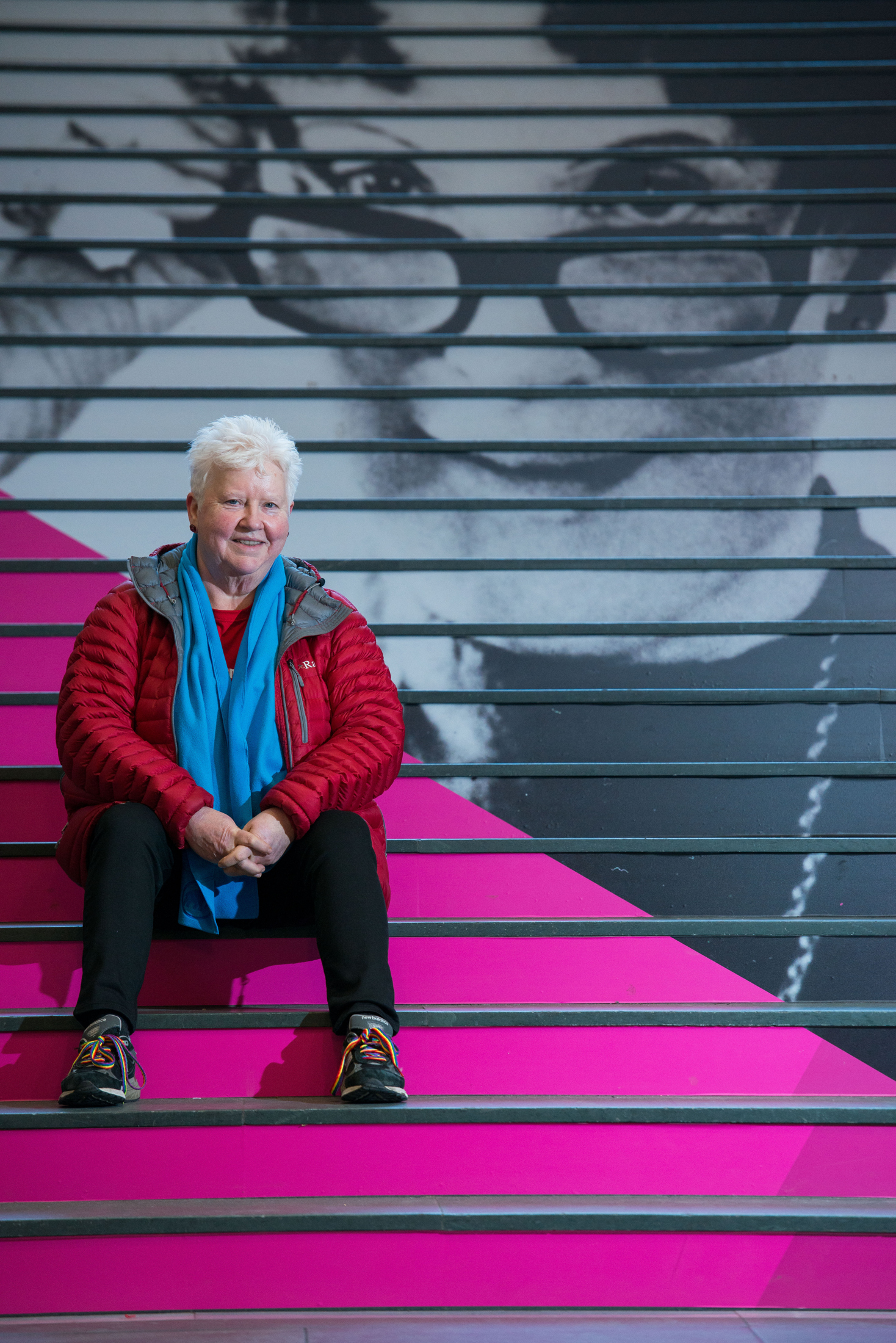 “Did you know that in Edinburgh, there are more statues of dogs than there are of women?”

McDermid’s story is the first in a new celebration of Edinburgh’s and Scotland’s rich literary heritage, the collaborative project Message from the Skies, co-commissioned between Edinburgh’s Hogmanay and the Edinburgh International Book Festival.

We have seen some projection units on Picardy Place and under the bridge on Calton Road where you might see some of the story.

Edinburgh’s Hogmanay is produced by Underbelly on behalf of The City of Edinburgh Council.  Message from the Skies launches on the final day, today 1 January 2018 at 5pm and will continue to brighten up Edinburgh’s dark nights through to Burns’ Night on 25 January.

Val McDermid already revealed that in New Year’s Resurrection she will resurrect Susan Ferrier, an Edinburgh born and bred novelist in the nineteenth century. Now we know that she will also resurrect Muriel Spark, helping to kick off her centenary celebrations in 2018.

“The most remarkable thing about the nineteenth century Scottish novelist Susan Edmonstone Ferrier is that she has all but disappeared from our consciousness. In her lifetime, her novels were wildly popular, earning her significantly more substantial publisher’s advances than Jane Austen. And yet now almost nobody knows her name. Susan Ferrier deserves better than this.” said McDermid.

“Susan Ferrier seeks to recruit Muriel Spark to help confound the critics who have ignored women writers, but the outcome is not what she expects.”

McDermid added, “Muriel Spark is a writer who’s not so much under-appreciated as under-read. Readers who discover her are captivated by her unique style and the way she constantly wrong-foots us. Her distinctive take on the art of fiction has influenced writers as diverse as Ali Smith and Ian Rankin. I hope the celebrations of her centenary bring her thousands of new fans.”

With Message from the Skies the organisers hope to encourage residents and visitors to explore Edinburgh’s iconic locations in a new light. You will walk the streets and buildings which have inspired some of the world’s finest authors over the centuries – from Sir Arthur Conan Doyle and Robert Louis Stevenson to J K Rowling and Muriel Spark. These same streets and buildings which McDermid and her other collaborators have been inspired by and to which all the artists respond in this unique piece of work, made especially for Edinburgh.

The project is inspired by the nineteenth century tradition of publishing novels chapter by chapter: readers must go from location to location to read the whole story, simultaneously exploring both this piece of new work and the city.

The starting point and the site of the first chapter is in Parliament Square, off the Royal Mile in Edinburgh’s Old Town. From there, readers can navigate by using the app or following the signage leading to the next instalment.

The app is filled with additional content about the story and locations, and will translate Val’s story into seven languages – French, German, Italian, Japanese, Mandarin, Polish and Spanish, making the project equally accessible to visitors to Edinburgh. The app will also read the text in English to visually impaired audiences.

Message from the Skies is commissioned and presented by Edinburgh’s Hogmanay and the Edinburgh International Book Festival, produced by Underbelly and Pearlfisher, in partnership with Edinburgh UNESCO City of Literature Trust and is developed with support from Creative Scotland through the Scottish Government’s Edinburgh Festivals Expo Fund.