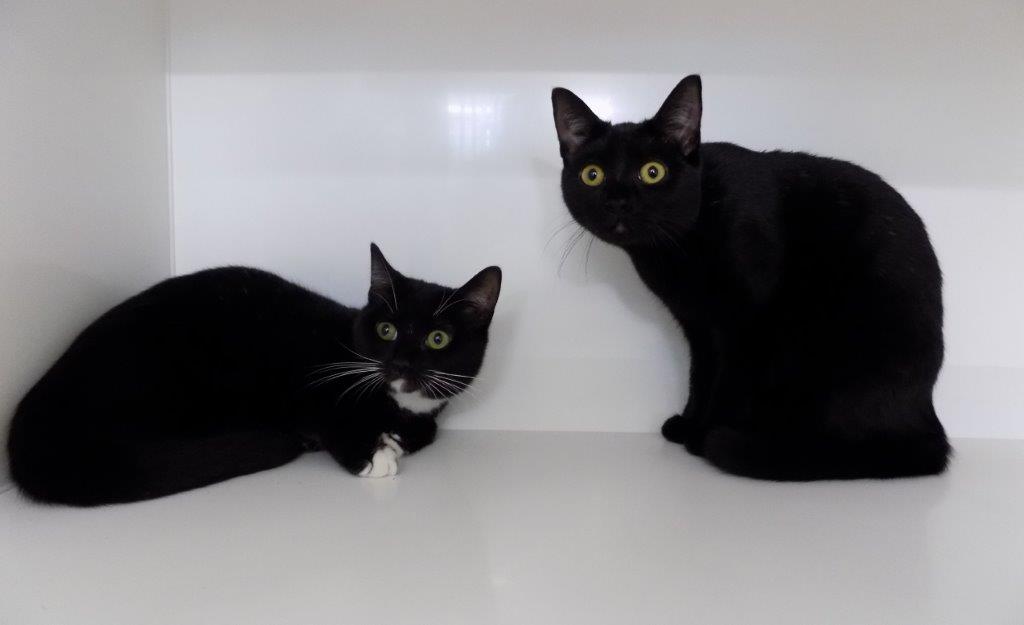 The Scottish SPCA is appealing for information after two cats were found in a cat carrier in a layby on the M9.

Scotland’s animal welfare charity was alerted after the two female cats were discovered by a driver going northbound near junction 4 on the M9 on Thursday (21 December).

Inspector Robyn Gray said, “Although both cats are quite young and in good condition, they were very cold and terrified of what was going on.

“If the cats hadn’t been found when they were, being so close to a motorway could have caused them serious harm.

“Taking on a pet is a big responsibility and we understand that vet bills and other costs can become unmanageable especially on the run up to Christmas, however abandoning an animal like this is unacceptable.

“Both cats are currently being cared for at our rescue and rehoming centre in Edinburgh where they has been named Tequila and Sherry.”

Abandoning an animal is an offence under the Animal Health and Welfare (Scotland) Act 2006. Anyone found guilty of doing so can expect to be banned from keeping animals for a fixed period or life.

Anyone who recognises Tequila and Sherry or has information is being urged to contact the Scottish SPCA Animal Helpline on 03000 999 999.