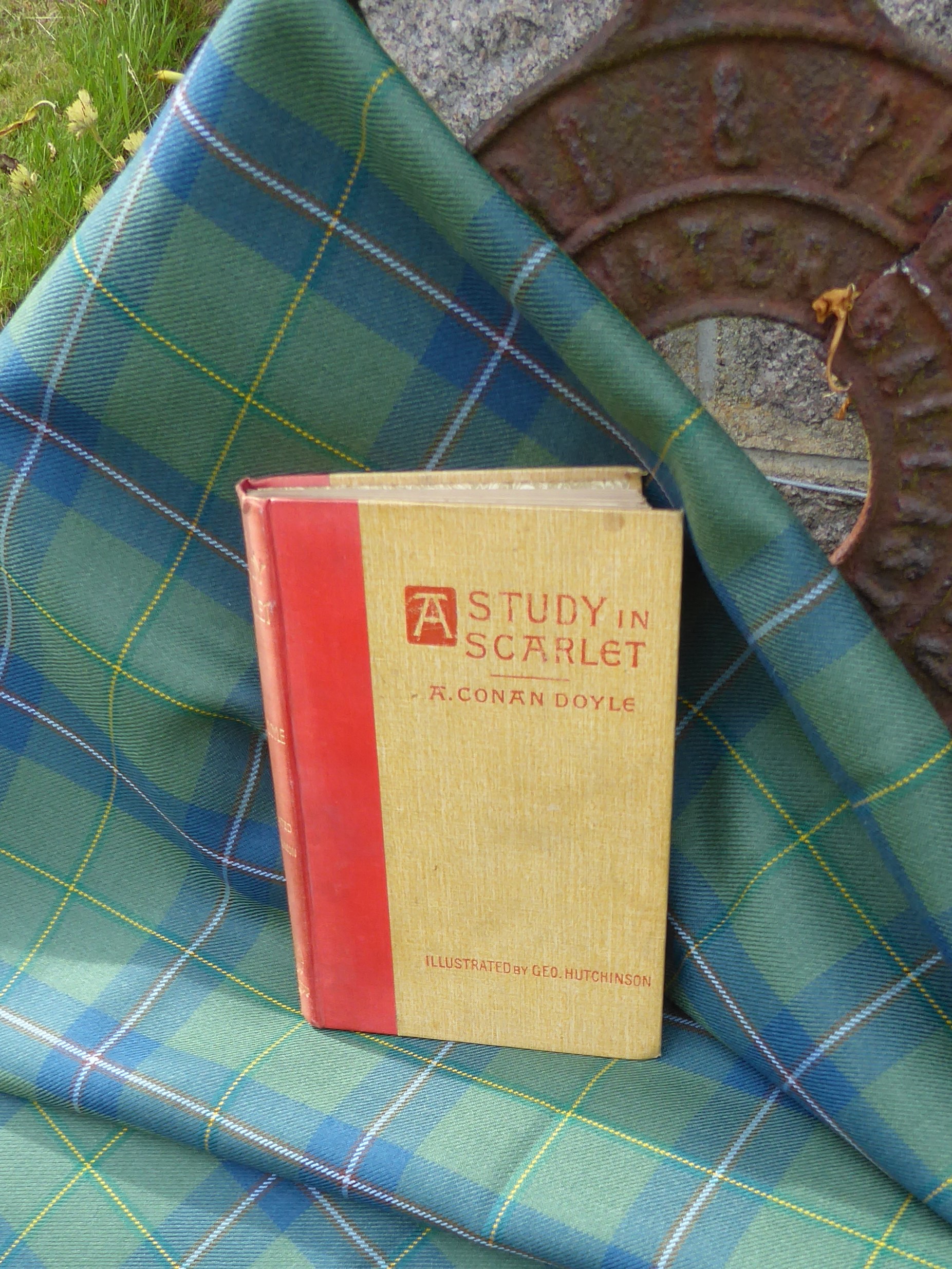 Tania Henzell is thrilled to announce the introduction of a new tartan which she has designed. Tania is the step great, great grand daughter of Sir Arthur Conan Doyle who created the famous detective Sherlock Holmes, and so this tartan is called the ‘Sherlock Holmes Tartan’.

Sir Arthur Conan Doyle was of Irish descent and was born and brought up in Edinburgh, where he went to university to study medicine. He then moved to Portsmouth where he became a doctor and soon after began his detective series with the first book ‘Study in Scarlet’, using his medical knowledge.

The Sherlock Holmes Tartan has muted green and blue base colours, an ice blue stripe edged with soft brown, and a bright yellow stripe edged with a darker green. The tartan is registered with the Scottish Registry of Tartans.

There will be clothing merchandise coming soon for men and women from deerstalkers, waistcoats, capes, trews and skirts. Meanwhile Tania is making handbags and faux fur hats as well as cushion covers, ties, braces and cummerbunds from the Sherlock Holmes tartan, which can be ordered on line now.

Sherlock Holmes remains very popular and has also captured the imagination of the North American and Asian markets.

A Sherlock Holmes Tartan is expected to be in great demand worldwide.

If you wish more information then contact Tania by email info@tattimole.co.uk