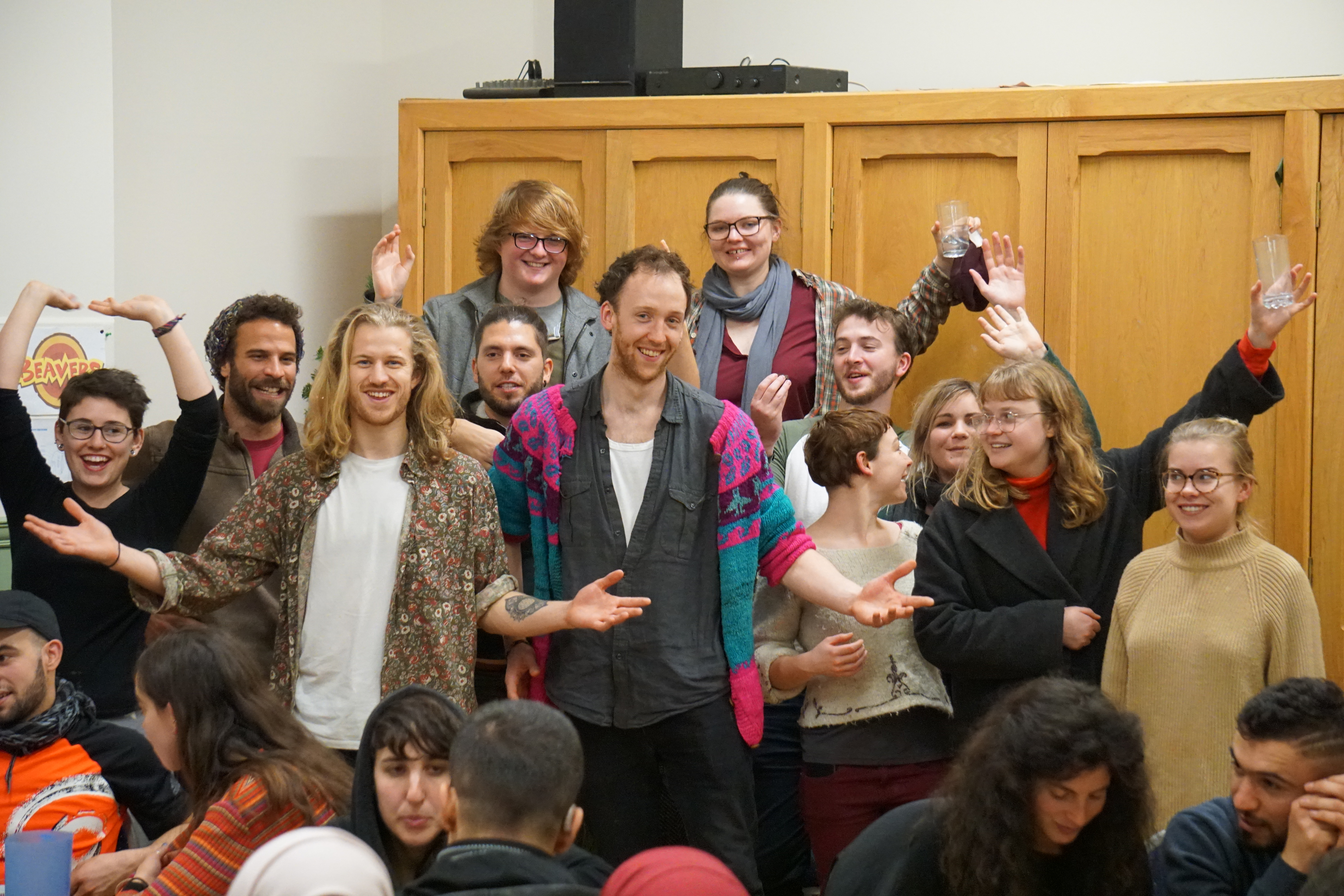 With a couple of buses borrowed from Rabbie’s, some free tickets for Edinburgh Castle and Edinburgh’s Christmas a great day out was organised by Edinburgh Students Housing Cooperative for 30 refugees last weekend.

The people on the day trip were mainly from Syria and Sudan with a few other nationalities in the mix. But they had all enjoyed their visit to Edinburgh’s Christmas, Edinburgh Castle and the hot chocolate was a real high point.

Paul Gibson of the coop explained that he and his flatmates at the Edinburgh Students Housing Cooperative had all ensured that the day went without a hitch. When we met the group they were all having a meal prepared by the members of the Coop at the Barclay Viewforth Church.

Paul is a member of the Cooperative which has a building next to the church on Bruntsfield Links and a student of physical theatre at Summerhall, but in his spare time he decided to drive for Rabbie’s.

Paul said : “While the country is in a state of flux and things are changing, people are empowering themselves on a local level. I think everyone who lives here should feel like a citizen and they should have the right to be a part of something and be integrated. So this was an easy way to try and achieve that. I really went to work for Rabbie’s because I could do stuff like this. This is an easy way to bring people together. I organised a day out earlier in the year, but we would like to do it more regularly.

“I knew about a group called the Unity Centre in Glasgow who do incredible things. They do a lot of work about integration and access for information. The people who came on the trip today are part of an Arabic-English language group.

And it certainly looked as if everyone was having a good time when we caught up with them all at the end of the afternoon!

People from many countries brought together by an Arabic-English language group were invited by the coop to Edinburgh for a fun day out. You can hear what some of them had to say here. We should say that while there were women in the group they were just reluctant to talk to us on camera, but they wanted to say that they were all enjoying themselves too!