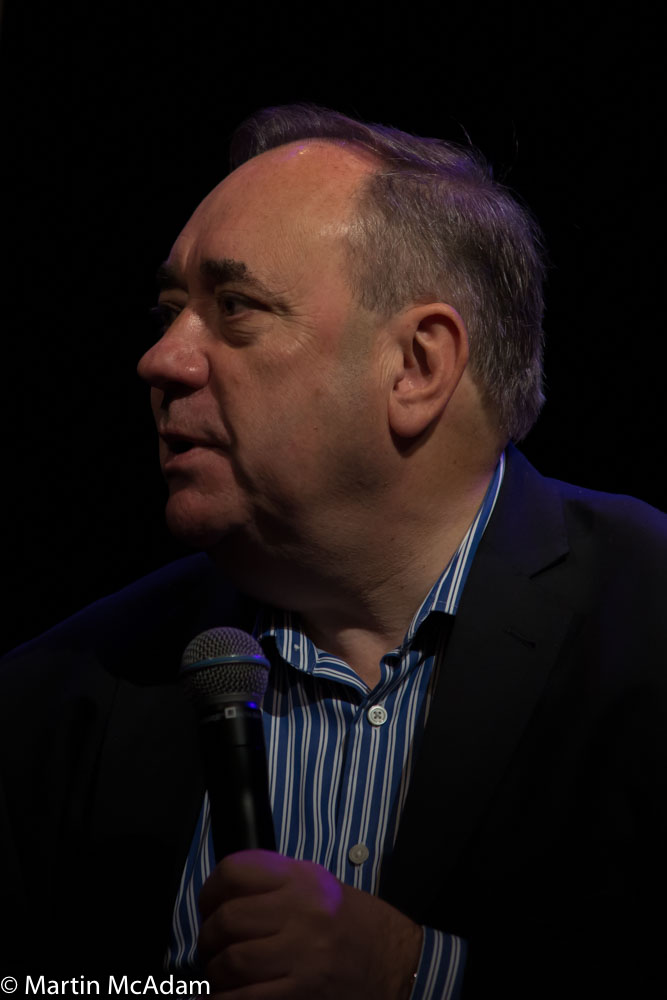 For “whom the gods would destroy they first make mad” said Prometheus, as he learned of Alex Salmond’s new RT-backed television show…. After more than twenty years it appears that Salmond’s thespian need for attention as well as the drive for Scottish independence has finally become an inseparable pursuit in his head.

And what better evidence do we have than this?

RT, formerly called Russia Today, is well known as the state-owned mouthpiece of the Putin regime. The organisation has foregone the pretence of being a media outlet and registered as an agent of the Russian government in America. And here comes ‘The Alex Salmond Show’ as some ironic antithesis to decades of browbeating the BBC over alleged bias. Go figure.

Salmond’s successor, Nicola Sturgeon, has said that his decision is not one that she would have made. The SNP appear to be quietly distancing themselves from their former leader. (SNP MEP Alyn Smith tweeted “What the f**k was he thinking?”)

Salmond could be either avuncular gentleman or elder statesman, but instead some commentators feel that he is a knee-jerk reactionary who has become a little too used to power and the limelight.

The unceremonious loss of his parliamentary seat at the 2017 General Election was an unheralded end to an otherwise indomitable political spirit.  All political careers, as they say, end in failure.

There were never to be the traditional laurels of state for Salmond. Scotland has no second chamber to shuffle him off to, no SNP politicians are elevated to the House of Lords and he would probably not be happy to just sit quietly in Ms Sturgeon’s shadow.

The irony is that Salmond owes more to the precedents set by New Labour and Tony Blair than any of his SNP forebears.

Blair was the first modern former premier to trail blaze the globe in money-making ventures. He belongs, alongside David Cameron now, to a breed of former young leaders who are too young to settle for the standard peerage, but are too old to expect anything less than top billing.

Has Salmond wised up to the fact he is now redundant?

A Gordian Knot of European disintegration replaced the bluster of the 2013 independence campaign. Brexit and Catalonia lead us towards what happens next in Scotland. The Scottish Conservatives have made ample gains, and the total confusion of Brexit calls for stability, not self-promoting speculation on the side.

Salmond’s newest career will end too, of course, but will it be in time to salvage Salmond, the statesman from Salmond, the brand?

Perhaps Scotland deserves better than such mercantilism from its former political masters, although it has to be said that his Edinburgh Festival Fringe show was such a success that it sold out and when extra shows were added those sold out quickly too.

Make up your own mind:

The Alex Salmond show will premiere on the 16th November on RT, with new episodes weekly. RT is available in the UK on Freeview channel 234, Sky channel 512 and Freesat channel 206.