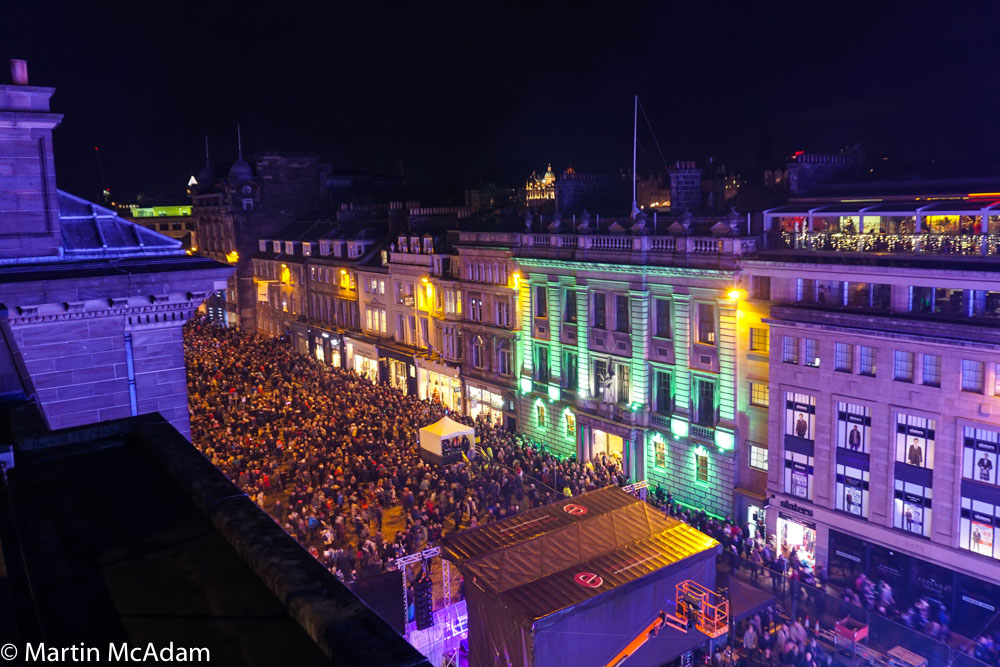 Fourteenth century Scotland seems to be capturing the world’s imagination these days.  Not content with “Braveheart” about William Wallace, a new film is being made about “The Outlaw King” Robert the Bruce.  One of the locations is near my mud and wattles home in the shadow of Craigmillar Castle in Edinburgh.

Perhaps this is how the outside world sees Scotland. I was shocked, for instance, to discover how little the students of Cambridge University knew about this part of the United Kingdom(s).  On a visit there last week, I was a guest at the “oldest debating society in the world” (founded 1815) when the students were debating the motion: “The Union with Scotland is salvageable”.

There was no great passion either way from the students, however hard Sir Malcolm Rifkind tried to rouse them in defence of the Union. They were equally silent when Joanna Cherry SNP MP rose to speak.  In fact, I thought they were puzzled by the whole subject. Is there a Union ? Does it matter ?  Isn’t  Scotland a far-away place in a far-away time ?

Well, for what it’s worth, the Union did matter this week. It was the week of the UK Budget and we’ve been picking over the Scottish details for days.  The Chancellor Philip Hammond proudly announced £2bn extra for Scotland, though it turned out that this is for capital projects and some of it is in the form of loans which will need to be repaid.

According to the Scottish Parliament’s official analysis, the current day-to-day block grant to Scotland is being cut by £200m when inflation is taken into account.  This allowed the SNP government to complain that “Tory austerity” is set to continue. There was however better news for Scotland when Mr Hammond said he’d been persuaded by the 13 Scottish Conservative MPs to wave the VAT on our centralised police and fire services.

This went some way towards pleasing the firemen and women who were demonstrating outside parliament against cuts to local fire stations. But it wasn’t good enough to satisfy the new Scottish Labour leader Richard Leonard who used his first outing at First Minister’s Question time to launch into a long, and some said rambling, attack on Tory/SNP “austerity” which he said was causing daily strains to our health and education services. He had just won the contest to be Labour leader after a fractious campaign against the centre/right candidate Anas Sarwar ( 57 per cent to 43 per cent) when interest suddenly shifted to his predecessor, Kezia Dugdale, who had just become a “celebrity” and was jetting off to Australia to take part in some reality TV programme about eating ants and “getting out of here”.  He was also forced to concede that, as a Yorkshireman, he supports England against Scotland at football and rugby.

More seriously, he now has the task of pulling the disparate ranks of Labour together and fashioning a distinctively Scottish agenda which combines Corbynism with opposition to the already quite left-wing SNP.  The first test will come when the Scottish government announces its budget next month. Will Labour argue for a higher rate of income tax than the SNP ?

Another example might be student finance. This week the Scottish Government published its review of grants and loans, led by Jayne-Anne Gadhia head of Virgin Money. It recommends a minimum income for students of £8,100 a year, made up of grants and (mostly) loans.  It also calls for a debt write-off for students moving from college to university.  Where is the money to come from for all this ? (£123m) And how does it square with the promises by Corbyn’s Labour and the SNP to wipe out student debt altogether.

It currently stands at £12,000 on average – small compared with England where students pay fees, but large enough to discourage young people going to university. A study out this week from Aberdeen University found that the pay advantage of graduates has halved in the last decade, from 13 per cent for every year of study to just 7 per cent today. Finally, I gather that Christmas is coming. The twinkling lights have been switched on already in Glasgow, Aberdeen and Inverness. Here in Edinburgh 20,000 people turned out to celebrate, with choirs and dance troops providing entertainment.  Dundee is switching on its Christmas lights as I write, despite the news that it has been ruled out of the competition to be designated a European City of Culture – because of Brexit.

But what would St Andrew have said to see his special day, 30th November, pre-empted by Christmas ?  Maybe I should go back to my mud and wattle hut in the 14th century when the world was not so topsy turvy and the year proceeded in an orderly fashion.